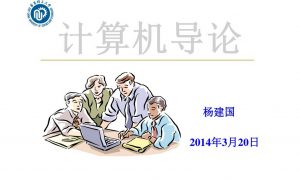 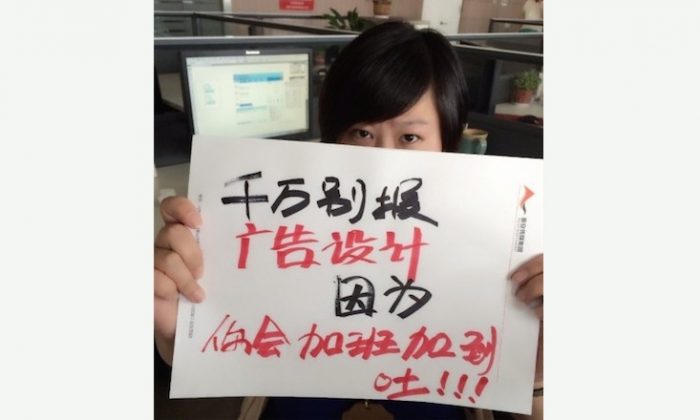 A Chinese college graduate holds a handmade poster saying: "Don't enroll in Advertising Design — you'll throw up due to too much overtime." (Screenshot/Weibo.com)
China

Following the annual, intense college entrance examination in China in early June, around nine million students are expected to apply for university programs across the country—but there are earnest warnings by graduates to newcomers, urging them not to pick the college programs they did.

The phrase “Don’t enroll in our program” has now gone viral on the Chinese internet. It invariably features someone holding a hand-written sign with those words, and an explanation of the program that is to be avoided.

Criticisms include that it’s too hard to find a job after graduating, too great a study load, or general uselessness.

Medical studies seemed to come under the most intense scorn. “Don’t enroll in the medical program, or you’ll jump into a fire pit forever and never get out again,” the Internet user Xiaoweibade Weiguang wrote, on Sina Weibo, the popular social media service.

“A lot of books to read, a lot of exams to take. After you finally graduate with great effort, the work is painful: Low income, a lot of night shifts, various exams, non-stop evaluations … and no vacations.”

Those complaining about medical studies also noted the frequent violence against doctors and nurses. For years, medical workers have come under physical attack by patients who think they have not received the best service because they did not pay a large enough bribe. Some doctors and nurses have even been killed.

“You must learn self defence, because you don’t know when you’ll be attacked,” wrote Xiaoweibade Weiguang. Another added: “There’s no guarantee of your safety as a medical worker.”

Another major complaint is the intransigent job market.

“Don’t enroll in English programs. It’s so difficult to get a job,” said Bernice_wang.  “Also, I forgot how to write many Chinese characters; male and female students are out of proportion in English programs; and the homework is too much and too boring.”

Graduates held up handmade posters with their warnings. Staff at Tianmao, a popular online shopping website in China, had a particularly busy list.

“Don’t enroll in radio & TV news, because employers only care about how you look, not your grades.”

“Don’t enroll in marketing, because most of my classmates went off to sell insurance.”

“Don’t enroll in international trade because, although it sounds great, no matter how hard you try you end up staying in China.”

“Don’t enroll in visual design—you’ll work a lot of overtime!!” The photo shows a young man holding a laptop with these lines on the screen, as he slumps, exhausted in a chair.

Part of the problem with finding post-graduate employment is how crowded the job market is, particularly in popular fields.

Many universities also rushed to establish programs in hot subject areas at once, temporarily flooding the market.

“When students applied to those programs, the job market looked great, but when they graduated, the market had already reached saturation,” said Tan Min, a commentator on Chinese social issues, in an interview with the state-run Guangzhou Daily. “Those students ended up getting a lower-level job, or finding employment in a different profession,” Tan said.

Another major issue, Tan said, was how the heavy school work failed to develop students’ interests and personalities, and how the university’s failed to give them any career guidance.

“The students just study from elementary school to high school. They have no idea about college programs when they apply. So they choose the programs that sound good, like journalism, law, management, and so on—but those are the programs that people complain about most.”