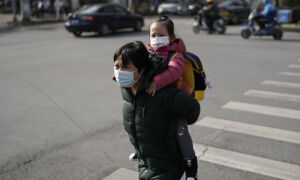 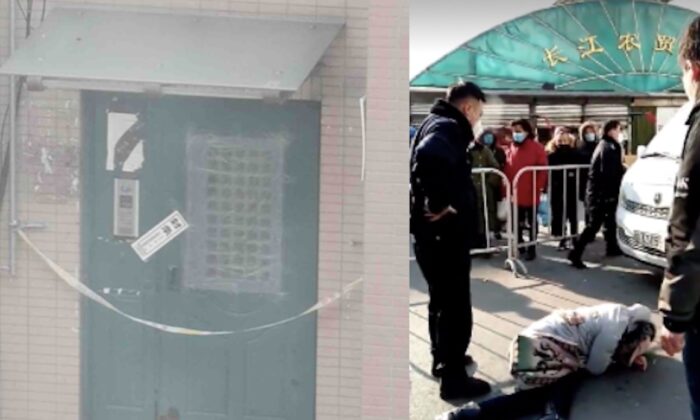 The Chinese communist regime’s extreme lockdown measures to deal with the COVID-19 pandemic has caused tragedy for one family in northeastern China where several outbreaks recently occurred.

Locals in Dalian and Shenyang, the two largest cities in the province of Liaoning, waited in long lines for COVID-19 nucleic acid tests during the severe cold on New Year’s Day. Residents who live in the same apartment building as confirmed patients were taken away by authorities for quarantine. Residential compounds are sealed off and the entrance gates of some houses are welded shut. People are not allowed to leave the premises, and some were unable to attend funeral services of their loved ones.

Liu Fang (alias), a local from Jinzhou district, Dalian, told The Epoch Times that her mother suffered a heart attack on Jan. 1, and died en route to the hospital. Her parents live in Zhuanghe, an hour-and-half drive from Dalian.

Jinzhou is under lockdown due to the recent surge of COVID-19 cases. Liu was unable to see her mother for the last time because she couldn’t get permission from local authorities in her community to travel.

Liu said that after calling 110 (China’s emergency call number) and 12345 municipal hotline, the response she got was still negative. “I’m in an epidemic area. Even if I return to Zhuanghe, where my parents live, I won’t be able to see my mother. I will be taken away directly to a hotel or guesthouse for quarantine for 14 days,” she said.

Liu claimed, “There are no confirmed cases in the community, and no close contacts [of the infected]. As of today, we have been sealed in for 15 days. I don’t know if it will take a few more days, and no one has given us a clear answer.”

The tragic situation that Liu and her family experienced has changed her perspective on the Chinese regime’s measures to deal with the pandemic.

When the outbreak occurred in Jinzhou a few weeks ago, Liu posted on Chinese social media Weibo: “Don’t go out, and resolutely do not cause trouble to the country.” On Dec. 26, she saw some elderly people outdoors, which prompted her to call them out. She posted a critical comment on Weibo, accusing the group of “causing trouble.”

However, Liu had a change of heart when her mother passed away. She shared her story about being unable to attend her mother’s funeral on Weibo.

Then Liu revealed what happened afterwards. “Someone in our community office actually called me and asked what I posted on Weibo. I replied, ‘What I posted has nothing to do with you. I can post whatever I want on my own Weibo [account]. Who are you to question me!?’ I was so mad at that time.”

She sighed, “My mother raised me and I couldn’t be by her side before she passed away. The main problem is that the policy is too rigid. … They all say ‘sacrifice your own little family for the good of the whole country.’ But when families are gone, what’s left for the country?”

A video showing Chinese police roughly handling a woman who attempted to sneak out of a neighborhood that appeared to be under lockdown, got a lot of attention after it was posted on Twitter on Jan. 4.

The incident took place at the Yangtze River Farmers Market in Huanggu district of Shenyang city. A woman was seen walking away from a closed-off area and a policeman ran after her. Then he dragged her back to the checkpoint that was set up in front of the farmer’s market. Another policeman joined him, and both men dragged the woman with force. The woman cried loudly, and the police warned her, “If you try to pass the gate again, you will be arrested.”

The video has caused heated discussion on social media. Some netizens chided the woman for breaking the rules, while others felt bad for her and criticized the Chinese police.

Gu Xiaohua and Hu Yuanzhen contributed to this report.