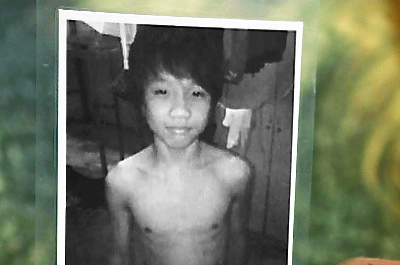 Liu Fuzong's parents believe their otherwise healthy son’s sudden death was most likely related to the long hours he worked in the factory. (Screenshot from Southern Daily online)
News

He worked long hours every day, seven days a week for the past three months
By Albert Ding

After working another 10-hour day, a 14-year-old boy died suddenly while sleeping in a Dongguan City company’s dormitory.

A Chinese newspaper, Guangdong Daily, reported that Liu Fuzong started working for Jinchuan Electronics Co., Ltd. on February 27 and worked his final 10-hour shift on May 20.

Other Chinese media reports state that Jinchuan Electronics is a Taiwan-funded enterprise employing 300 workers in the manufacturing workshop in the industrial city of Dongguan in Guangdong Province in southeastern China. Liu Fuzong was hired through a labor dispatch company, Dongguan City Wantong Labor Dispatch Ltd., after he faked his identity by using 18-year-old Su Longda’s ID card.

On March 1, Liu became a legally employed assembly line test worker, placing circuits in computer boards and testing them for functionality. The work was not difficult, but was very boring.

Another mainland Chinese newspaper, Southern Daily, stated in a May 31 report that Liu Fuzong’s parents are poor farmers in Huazhou, Guangdong, and he has two younger brothers. At 12 years old, Liu worked part-time with his father at construction sites in Huazhou. Subsequently, Liu’s father gave him permission to work for Jinchuan Electronics, which helped supplement the family income.

Every couple of days, Liu’s father called him at the end of his overtime shift and often asked him, “Are you tired?” Liu always replied with, “Very tired.”

Co-workers say they did not notice any abnormal signs on May 20; some co-workers saw Liu quietly working on the assembly line until 8:00 p.m. as usual, and others saw him leave the workshop.

About 10 p.m. that evening, after returning to the company’s dormitory, Liu Fuzong climbed up to the top bunk bed and went to sleep. About 7 a.m. the next morning, Liu’s roommate found him dead. The roommate called out, “Su Longda!” the fake name Liu used, but there was no response.

Later, the coroner confirmed that Liu Fuzong had died at approximately 1 a.m. The medical report found no direct evidence linking Liu’s sudden death to over exhaustion.

However, Liu’s parents believe their otherwise healthy son’s sudden death was most likely related to the long hours he worked in the factory. The father, when interviewed, cried in sorrow and regret over the loss of his son.