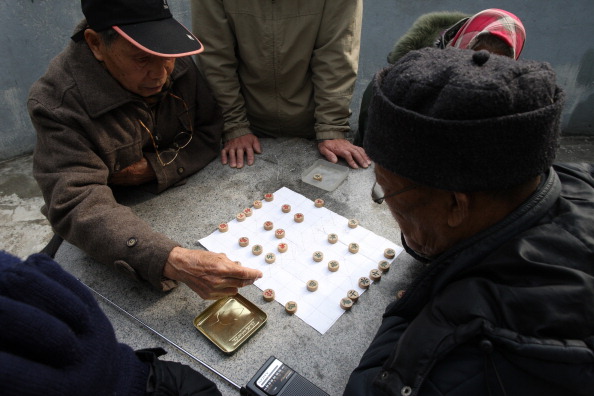 Old men playing chess in China. A suicide victim in Zhejiang Province is reported to have killed his neighbor so that they could play chess together in the afterlife. (Godong/Universal Images Group via Getty Images)
China

Chinese Chess Mate: Man Kills Neighbor Then Self for Companionship After Death

Two men in their fifties were found dead in Jinhua, Zhejiang Province, on Christmas Eve–one had been strangled and the other had consumed pesticide.

The younger man, surnamed Liao, had left two suicide notes, saying that he was lonely following family conflicts, and wanted to have someone to play chess with in the afterlife, according to a report by Zhejiang Online.

The men’s landlady discovered the body of the older man, surnamed Ju, in his room. She called the police, who had her open the room next door, where they found Liao’s body.

The landlady told Zhejiang Online that Liao had rented the room for more than 18 months, but she did not know much about him, because he did not like to talk. She added that he was unsociable and eccentric.

Liao had been a cleaner in Jinhua, but quit his job a while ago for health reasons. The first suicide note was written on Oct. 20, and talked about his family. He got divorced more than 10 years ago, and his daughter refused to see him or talk on the phone.

The second suicide note was brief, and said he wanted his best friend to die with him so that they could play chess together in the afterworld.

The police informed Ju’s and Liao’s families on Dec. 25, and said further investigation is required to confirm whether Liao was telling the truth in the notes.

Bloggers made a variety of comments about the story. Some said that the two men won’t be playing chess together, because Liao would be in hell and Ju would be in heaven.

Others said they were thinking about quitting chess, and one netizen said it was good that Liao didn’t play soccer, otherwise 11 people would be dead.