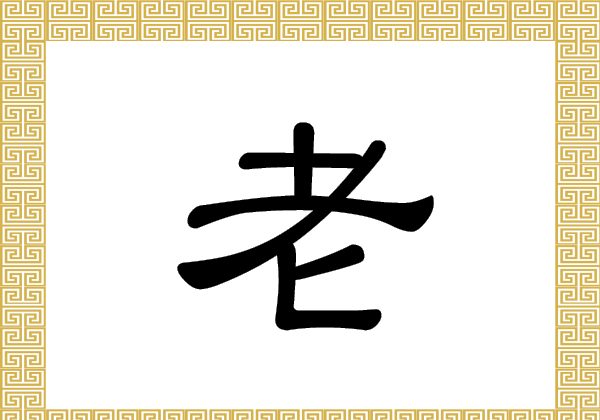 The character 老 (lǎo) means old or elderly. Laozi’s name, though its direct translation means “old one,” refers as much to his elderly appearance as to his wisdom.

In Chinese society, elders are respected for their wisdom. The younger generation always deferred to elders and treated them with the utmost respect.

In oracle bone inscriptions, 老 was a very pictographic word that depicted a person with long, wild hair holding a cane.

Though such a person with long, wild hair would have been considered extremely discourteous in ancient Chinese society, it was the right of the elders to do as they wished.

Therefore, this character not only shows an elderly person as they would appear, it also encompasses the idea of an elderly person’s privilege in society; they have already lived their life and it is now their right to do as they wish.