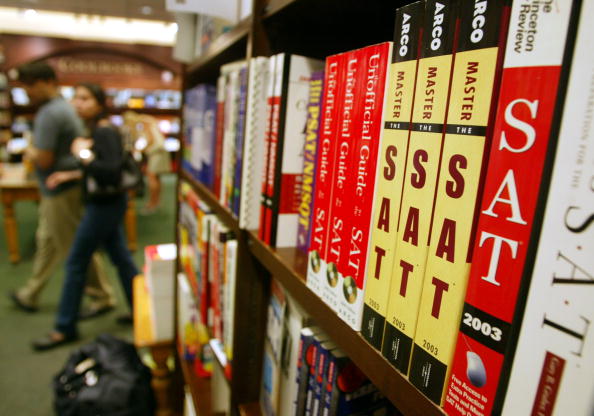 In recent years, higher education institutions and standardized test providers in the United States have been confronted with a new problem: Mainland Chinese students are trying to gain admission into top colleges and universities by hiring imposters to take entrance exams for them.

On Nov. 13, Wang Xinyan, a Chinese student at Lehigh Carbon Community College in Pennsylvania, was arrested for taking entrance exams to help others gain admission into American universities on six occasions, using a fake Chinese passport and a visa in another person’s name, according to Reuters.

Wang Yue was paid $7,000 to take the exam for the students after they failed to get the minimum score to enroll in their universities of choice. All four women have been arrested on charges of conspiracy to defraud the United States.

In May 2015, 15 Chinese nationals were charged by a U.S. federal grand jury for providing fake Chinese passports to imposters who then took exams including the SAT (college entrance exam), the GRE (graduate school entrance exam), and the TOEFL, according to the Justice Department. They were indicted on 35 charges, including conspiracy, fraud, and counterfeiting identification used to defraud organizations that administer the U.S. exams, including the College Board and the Educational Testing Services (ETS).

In China, hiring impostors for exams is not limited to higher education exams, such as the gaokao, China’s version of the SAT.

In December 2016, Tong Han, considered the leader of the group, was sentenced to three years’ probation and turned over to U.S. Immigration and Customs Enforcement for deportation.

With a buoyant Chinese economy, many Chinese students choose to study abroad, believing that they will be more competitive in the job market with a foreign college degree. According to data from China’s State Council, 544,500 students studied overseas in 2016, an increase of 144,900 from 2012.

Data released by the U.S. Institute of International Education showed that Chinese students made up the largest contingent of foreign students studying in America during the 2016–2017 school year, with 350,755 students out of the total foreign student population of 1.078 million—making up 32.5 percent. India came in at a distant second, with 186,267 students.

In China, hiring imposters is not limited to higher education exams, such as the gaokao, China’s version of the SAT. Test takers hire imposters for nursing exams and truck driving tests, too.

In September, a Ms. He, who worked at the health bureau in Hengnan County, Hunan Province, paid 2,200 yuan (about $331) to an imposter to take a nursing exam on her behalf, according to Chinese news portal Sina. On the day of the exam in May 2016, the imposter was caught with Ms. He’s exam admission ticket and ID card. Both Ms. He and her imposter were given a penalty of six months’ supervision and a fine of 20,000 yuan (about $3,018).

In Beijing, truck drivers took cheating one step further. According to an article by state-run newspaper Beijing Youth Daily in April, local truck driving schools offered imposters 40 yuan (about $6) to take the test. The license exam included a multiple choice portion and a hands-on portion in which testers must change a truck wheel. Because the schools had colluded with local motor vehicle authorities, imposters were given test sheets with correct answers already filled in, and they only had to pretend to change the wheel. The schools, in turn, sold the obtained licenses to interested buyers for 1,500 to 1,800 yuan each (about $226 to $271).