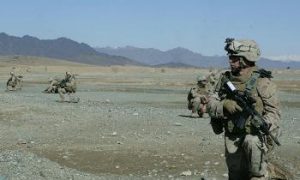 Afghanistan Troop Levels on the Rise
0 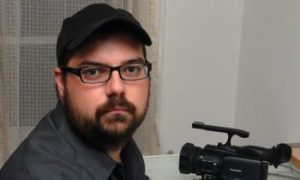 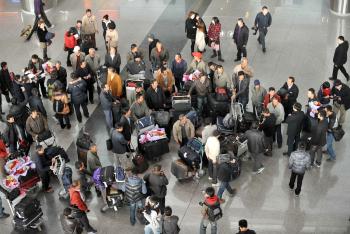 A group of Chinese citizens who were evacuated by Chinese government from Libya arrive at the Beijing Capital Airport in Beijing on Feburary 24, 2011. (STR/Getty Images)
China

By Michelle Yu
Print
The turmoil of Libya’s revolution has inflicted huge losses on Chinese enterprises in that country. Chinese state-owned enterprises (SOEs) have suspended all projects in Libya. In addition, China stands to lose its political influence in the region, some experts say.

Prior to the uprising in Libya, Chinese businesses have had 50 major projects under commission there, with a total contract value of US$18.8 billion, a spokesperson for the Chinese Ministry of Commerce said at a March 22 press conference in Beijing.

The 13 Chinese SOEs have suspended all projects in Libya, reported China’s State-owned Assets Supervision and Administration Commission of the State Council (SASAC).

Most of the companies had their projects already underway. Pulling out of the warring nation has incurred huge losses for them from attrition of assets, outstanding account receivables, as well as the evacuation of tens of thousands of Chinese workers.

At least three companies had completed more than 30 percent of their projects, the SASAC said. The closer to completion, the greater the losses, it said.

A senior management member at Beijing Hongfu Construction Corporation told the 21st Century Business Herald that they had completed 36 percent of its Libyan project when it withdrew its staff. The company had received a 15 percent down payment and a 15 percent fund from the Libyan government, or a total of US$153 million. The company now has US$100 million in account receivables.

To make matters worse, two major Libyan banks have requested the postponement of 11 advance payment guarantee deadlines, involving eight Chinese construction projects and a total of US$497 million. For eight of the guarantees, the banks is offering the options to either repay the advance payment principle and interest, or postpone the deadline to the end of next year.

China has aggressively invested in Africa. Chinese-African trade has risen from $55 billion in 2006 to $107 billion in 2008, making China African’s top trade partner.

Some Chinese scholars have criticized the SOEs’ lack of risk assessment in foreign investments. But DC investment consultant Dr. Ding told Radio Free Asia that [gaining] regional political benefits are more important [investment] factors for Chinese authorities than financial profitability considerations. Africa has 53 seats in the United Nations; their favorable voting would give China an advantage in international issues. And that’s why China invests more in authoritarian countries. But such investments are usually more risky due to the political instability in those countries, Dr. Ding said.

There is no doubt that the continuation of the Gaddafi regime would be most beneficial to China’s interests in Libya, Chinese international relationship expert Tian Wenlin told Hong Kong’s Wen Wei Po .

Zhong said he suspects that the Chinese regime may lose all contracts in Libya, which would be a devastating blow to its interests in the region.