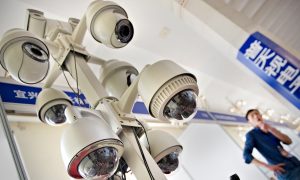 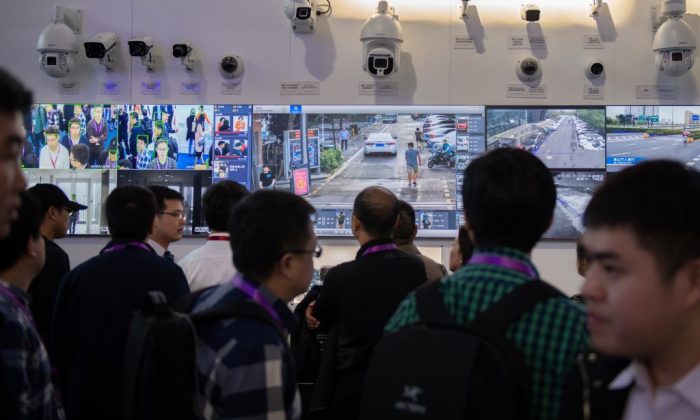 In China, the Orwellian fear of a “big brother” state is becoming a reality, as citizens in rental properties are complaining about police demands to install surveillance cameras in their living rooms.

“Ever since the surveillance cameras have been installed, I have to dress neatly, even when I’m at home,” an unidentified male tenant living in Hangzhou, the capital of eastern China’s Zhejiang Province, told a reporter with the online magazine Bitter Winter.

“It also feels strange when my wife and I want to have a private conversation,” he said. “After returning home, we’re still being monitored at all times, as if we are in a prison. This is unrelated to preventing theft; this is close-up surveillance!”

He was told by his landlord that local police are conducting random inspections, and any that landlord who fails to install a surveillance camera inside a rental property would be fined 500 yuan (about $74).

This isn’t an isolated incident. Several Hangzhou residents told Bitter Winter that local police have been ordering landlords to install the cameras at rental properties since November last year. The police explanation is to “guard against theft.”

Another unnamed Hangzhou resident, while seeking out a rental home, said he saw police notices posted at the entrance to several rental management centers, which are government offices that assist people in their rental search, among other services.

An unidentified female tenant in Hangzhou told Bitter Winter that she moved out of a rental home five months earlier because she couldn’t live with the idea of a surveillance camera in her home. But it appears she can’t avoid the requirement at her new rental home in Hangzhou either, she said.

The woman said that the surveillance system in her gated residential community was being upgraded: Now, all residents must pass through facial-recognition checkpoints before being allowed to enter.

Security personnel at the woman’s residential community said that the installation was ordered by local authorities, as part of a project called “building intelligent communities.”

At another Hangzhou residential complex with more than 1,000 units, about one-third of apartments are already outfitted with surveillance cameras, according to a security guard employed there who spoke with Bitter Winter.

In Fujian Province, which neighbors Zhejiang, local police are enforcing a policy that surveillance devices be set up on top of door locks of some rental properties, according to Bitter Winter. Workers who were assigned to install the devices told the magazine that local authorities seek to use them to monitor who is leaving and entering the properties.

One unnamed landlord in Fujian said she had to pay 1,500 yuan (about $223) to install the surveillance devices—if not, “the police station will give you lots of trouble,” she said, according to Bitter Winter.

Beginning in the early 2010s, the concept of “intelligent communities” became a topic of discussion within regional Chinese governments. The idea was part of the broader “smart city”: Beijing’s plan to incorporate high-tech infrastructure, including artificial intelligence (AI), into the country’s metropolises—mostly for surveillance purposes.

In 2013, the Ministry of Industry and Information Technology released a white paper outlining Beijing’s agenda for Chinese smart cities.

Several years later, in July 2017, the State Council issued a set of new AI development guidelines to both provincial and municipal governments, calling for residential communities to install AI-based security systems in the name of public safety.

Since then, different regional governments have issued policies to comply with the mandate. In October 2018, for example, the provincial government of Hubei Province issued technical requirements for residential properties, including facial-recognition systems installed at the entrances, as well as “intelligent door locks” with internet connection capability—to ensure that only tenants have access to the property. It specifically stated that neither landlords nor tenants can voluntarily change the settings on the locks.

Data collected by these “intelligent community” security systems—including residents’ names, ID numbers, gender, family members, marital status, and registered vehicles—are then required to be uploaded onto a cloud platform set up by the local police.

The Hubei government called such guidelines an extension of China’s Xueliang Project.

Beijing first proposed the “Xueliang,” or “Sharp Eyes Project” (“xueliang” literally translates to “bright as snow”) in 2008, as a rural counterpart to its previously announced plan to blanket urban areas with more than 20 million surveillance cameras.

Critics have pointed out that these surveillance systems could be used by Beijing to track political targets, or crack down on dissidents who are critical of the Chinese regime.

“[The surveillance camera system] is a huge network aimed at controlling people’s behavior on the streets,” Hu Jia, a Chinese dissident who lives in Beijing, told nonprofit broadcaster Radio Free Asia in a 2015 interview.

Earlier this year, a Dutch cyber expert discovered that SenseNets Technology, a Shenzhen-based tech company that develops facial-recognition software, was tracking the movements of residents in Xinjiang, home to many Uyghurs and other Turkic minorities, through its surveillance camera system.

Louisa Greve, director of external affairs at the Washington-based advocacy group Uyghur Human Rights Project, described the discovery as “proof of the breathtaking scale, and the government’s use, of the Uyghur homeland as a laboratory of repression.”

In December 2017, Li Xuewen, a dissident writer, said surveillance cameras installed at a Guangzhou City metro station detected his movements and alerted police to his presence. Police approached him and said that he was on the Ministry of Public Security’s wanted list for “gathering a crowd to disrupt social order.” He was then taken to a local detention center.