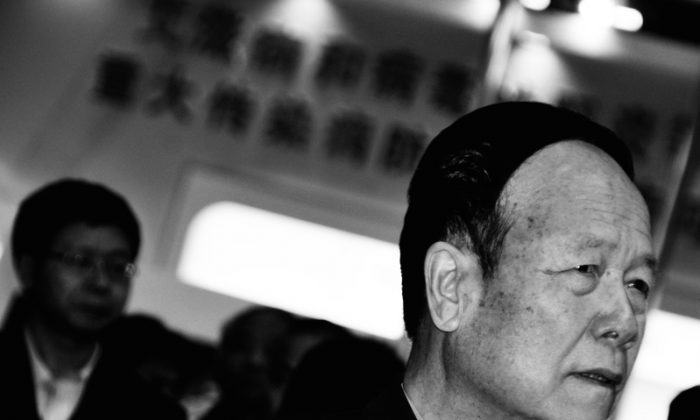 Chinese Authorities Appear to Close in on Former General

Guo Boquan, provincial-level Communist Party secretary of western China’s Shaanxi Province, once bragged that he had the ear of his brother Guo Boxiong, the second most powerful man in the Chinese military.

Now, it may be his brother that has gotten Guo unwanted attention from the Chinese regime’s anti-corruption agency.

On May 28, the state-run People’s Net reported that provincial anti-corruption agents had discovered worrying financial problems involving tens of millions of yuan in several Shaanxi government offices. This March, Guo Boquan was placed under detention for allegations of corruption.

Liu Jianming, director of the team in charge of investigating Guo, reported their findings at a May 12 provincial-level political meeting. The financial management at the Shaanxi Province Disaster Relief Center was found to be in “complete chaos,” and 90 million yuan (about $14.5 million) had been embezzled. Guo, who had been the Party chief of Shaanxi since 2013, was also criticized for a lack of responsibility and for not implementing sufficient education on “clean politics” among Shaanxi officialdom.

Wu Shaohua, an independent political analyst based in the United States, believes that the investigation against Guo Boquan is actually aimed at his powerful brother, Guo Boxiong. Attacks on the relatives of high-level official rarely, if ever, take place outside a campaign to take down the target official, as witnessed in the elimination of other key officials, including former Politburo member Bo Xilai, former security czar Zhou Yongkang, and Guo’s previous colleague, Xu Caihou.

Guo Boxiong was until 2012 the vice-chairman of the Central Military Commission (CMC), the Communist Party political office in control of the regime’s armed forces. Even after his retirement however, Guo continues to hold strong influence over the CMC.

Communist Party general secretary Xi Jinping has been consolidating power over the regime by means of a drawn-out anti-corruption campaign that has felled thousands of officials. Last year, Guo’s colleague Xu Caihou, who took over as CMC vice chairman after Guo, was placed under investigation, removed from his position, and expelled from the Communist Party. He died earlier this year of cancer.

“The investigation on Guo Boquan is not the real objective,” Wu Shaohua told Epoch Times. “The real target is Guo Boxiong. Guo’s daughter, son, daughter-in-law, and wife have all been put under investigation. This indicates that the Chinese authorities are moving in on Guo.”