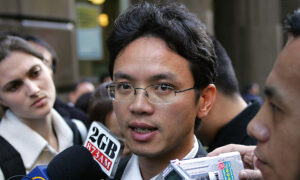 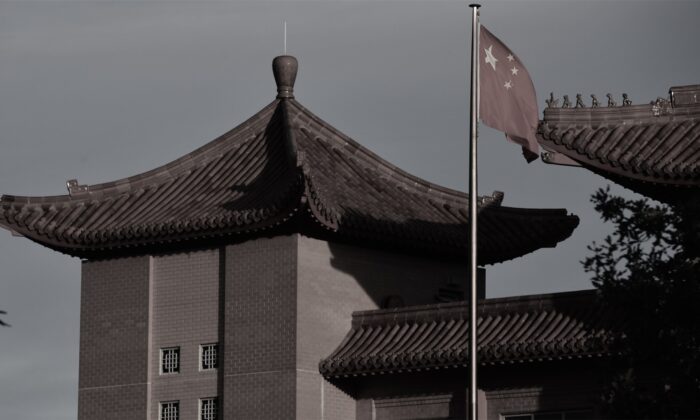 A Chinese flag flies at the Embassy of the People's Republic of China on May 12 in Canberra, Australia. (Sam Mooy/Getty Images)
Australia

The language skills of Chinese Australians are underused in Australia’s public service as the country faces an increasingly complex relationship with China, according to a Lowy Institute report released on Monday.

“This language skill deficit matters. Many key Chinese debates and documents are available only in the Chinese language,” Yun Jiang said. “For a country such as China, with its opaque and labyrinthine political structure, understanding its modern history and contemporary culture is critical as it gives valuable clues to the different interests and incentives operating within the system.

Jiang, the report’s author, is a former public policy adviser in the Australian Public Service (APS). She argued that there are four underlying reasons behind the lack of Asian Australians in senior roles, including that few Chinese Australians apply for the roles due to their lack of appeal as a rewarding career path; the “notoriously slow” security clearances process, which is even longer for applicants of Chinese heritage; the negative “preconceptions” toward the ethnicity; and the APS management processes.

Jiang asserts that with China-related issues becoming more prominent in Australia’s foreign and domestic policies, the government needs China-literate policymakers in public service “more than ever.”

Being China literate is more than speaking Mandarin or Cantonese, the report says; it is also a good understanding of China’s economy, cultures, traditions, histories, and societies.

“Broader historical and cultural knowledge is fundamental to both meaningful engagements with China as well as understanding how to push back against China when it is in Australia’s national interest,” the report argues.

While acknowledging that the security clearance process is imperative so individuals can be “carefully scrutinised and screened before taking up roles with access to national security classified information,” the report argues that a balance is yet to be achieved.

To improve the China literacy in the APS, the report suggests matching employees’ skills with roles instead of using the classification levels for selection, target culturally and linguistically diverse communities for recruitment, create a “China-interest” community linking the public service with academia and think tanks, and review the security clearance process.

The Lowy Institute’s recommendations come as Australia grapples with handling the discovery of a high level of Chinese foreign interference in the academic sector, the mainstay of Chinese language and culture education in the country.

Last year the federal government launched an inquiry into the issue after a University of Queensland (UQ) student, Drew Pavlou, was attacked for leading a peaceful rally in support of freedom in Hong Kong after Brisbane Chinese Consulate General Xu Jie, who was also working as an adjunct professor at UQ, labelled the rally an anti-China separatist activity.

UQ then attempted to expel Pavlou for his activism.

Former Vice-Chancellor of UQ Peter Hoj said recently that the decision to allow Beijing access to the university through the Confucius Institute program was a “stupid thing to do” and should never have happened.

The CCP designed Confucius Institutes to export China’s soft power to the west through language and cultural studies. However, they became known as a source of espionage and infiltration and have since faced an increasing backlash from around the world.

“When you run a university, there are lots of things happening in an institution with 6,000 people, most of whom are independent thinkers. As soon as we learnt about it, we said: never again,” Høj told The Australian.

He added: “It was a stupid thing to do.”

“Geopolitically, the world has changed. Our relationship with China is seen through a different lens that says we want to engage, but we can’t compromise our values,” he said.

“Learning Mandarin from Taiwanese teachers means learning Mandarin in an environment free from censorship or coercion,” said William Brent Christensen, the Taipei office director of the American Institute in Taiwan, in an interview with Japanese media Nikkei Asia earlier this month.