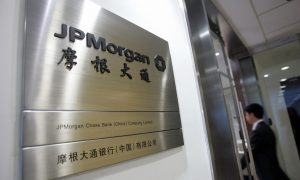 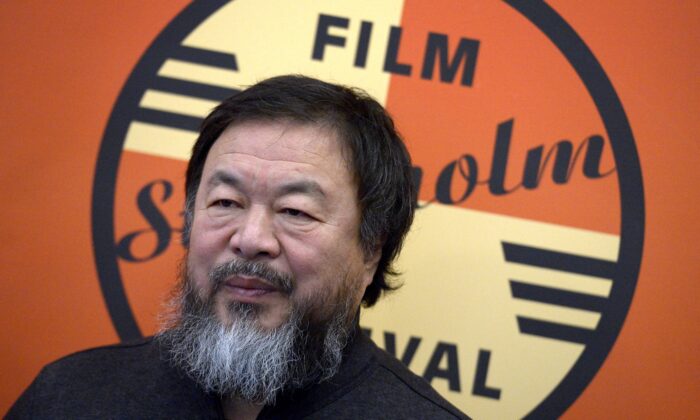 The Chinese performance artist Ai Weiwei has never been convicted of a crime. Yet, Credit Suisse, one of the world’s largest banks, cited his “criminal record” in China, according to Reuters, to justify closing his bank account.

Meanwhile, pro-Beijing politicians in Hong Kong are raising a ruckus about Ai’s art, which they claim violates Beijing’s new national security law. That has pressured a new Hong Kong art museum to pull one of his photographs before it has fully opened its doors to the public, and to remove both the photograph, and a sculpture, from its website.

This maltreatment of Ai is a miscarriage of injustice in a case where real justice never occurred. Credit Suisse should immediately rectify its decision, or be prosecuted as aiding the Chinese regime’s crimes against humanity.

All of us should cheer the Hong Kong museum, called M+, for whatever little shreds of freedom it manages to grasp given Beijing’s increasing control of the Fragrant Harbor. The museum, along with Ai and other artists in Hong Kong, are the victims here.

Ai is China’s most famous living artist, having been called more generally “the most influential artist of our time.” So M+ is lucky to have one of his most famous photographs, that depicts him making a rude gesture in the direction of the Forbidden City in Tiananmen Square.

M+ also has Ai’s Map of China (2003), which emphasizes how the country has stitched together diverse Tibetan, Uyghur, Mongolian, and other nationalities that retain their distinctions, and could at some point fracture apart.

Photos of the two controversial artworks were removed from the museum’s website on Aug. 10, but placeholders remained with their names. Here we arguably see M+ clinging to whatever freedom it can get away with.

Since at least 2008, when Ai served as the artistic consultant for the 2008 Beijing Olympics’ Bird’s Nest stadium, he has mixed activism with his art, including a denunciation of Beijing and Shanghai’s deadly corruption, lack of transparency, and Chinese Communist Party (CCP) propaganda.

Likely in response, the regime detained Ai for 81 days in 2011. His passport was confiscated and in 2012, his architecture firm’s license revoked.

A 2013 work of Ai’s called S.A.C.R.E.D. includes containerized sculptural recreations of his incarceration. The six containers are displayed, in at least one instance, within what appears to be the interior of a church, with the pews removed. Within the sculpted scenes, Ai is always accompanied by two prison guards or interrogators who watch him, including when he sleeps, eats, and bathes.

In 2015, Ai got his passport back and fled to Europe. But there, he still feels the pressure of China’s regime.

In a beautiful Sept. 6 opinion article written for Artnet, Ai broke the news of Credit Suisse’s spring demand that he close his account, which belongs to Ai’s humorously-named “Fart Foundation.” The artist describes the foundation as “a way to promote free speech.”

In the article, Ai takes issue with Credit Suisse’s reference to an alleged crime. “Just a bit of homework could have shown them [Credit Suisse] that I was never formally charged, let alone convicted of a crime. When the Beijing regime detained me and smeared my name, it was only applying its normal techniques of persecuting political opponents.”

Ai claims that Credit Suisse is attempting to close his account in order to expand business in China. “So why was Credit Suisse using my ‘crime’ as its reason to terminate my bank account? Not long ago the institution [Credit Suisse] announced that it was accelerating its recruitment of employees in China. It wanted to triple its numbers in five years. At the same time, it would be seeking to take majority control of its joint ventures in the securities market and to apply for a license that would allow it to expand its business in both personal and investment banking.”

Ai compares alleged corruption by Credit Suisse with the corruption of the CCP regime. “In China and elsewhere, political connections are the fuel of the economic colonialism that occupies the core of today’s surging globalization,” he wrote. “In China’s state capitalism, high officials enjoy unchecked power and wield it in an environment totally empty of democratic supervision. As a consequence, behind the strong organizational structure of the Communist Party of China, there has arisen an immensely complex web of private interests of the highest-ranking Party families and their minions in the bureaucracies.”

Ai told Reuters that banks in Germany and Hong Kong had also taken actions against him, similar to those of Credit Suisse. He said that even if these banks changed their minds, he no longer wants to bank with them. “I am not willing to be associated with a bank which has such a strange relationship with China,” he wrote.

In his article, Ai noted that the M+ museum excluded at least one Ai photograph due to its politically controversial stance. “One photo in my Study of Perspective (1995–) series shows me giving the [expletive] to Beijing’s Tiananmen,” Ai wrote. “Others show me doing the same to a number of other politically or culturally hallowed structures around the world; in Hong Kong, though, the ‘national security law’ that China’s central government passed last year has ruined the local political environment almost overnight, and has left the Chinese government’s promise of ‘one country, two systems’ as mere waste paper.”

A public relations firm representing Hong Kong’s West Kowloon Cultural District Authority, which oversaw the development of M+ and other institutions in the district, side-stepped questions about pressure from Beijing. M+ instead communicated through the firm, and matter-of-factly, that “Given the large number of works in the M+ Collections, only part of them will be exhibited at any one time.”

Ai alleges that the M+ decision violated the intention of a Swiss ambassador who donated his renowned art collection to the museum. “Influenced by the national security law, M+’s decision to exclude my work deviates from art collector and Swiss former ambassador to China Uli Sigg’s original intention when he decided to donate his collection (including twenty-four works by me) to the city’s spanking new museum,” wrote Ai.

In the article, Ai makes the important point that art is a key element of politics. “In 1989, just six years before I raised that [expletive], government tanks and armed soldiers had invaded the square to drive out peacefully protesting students,” he wrote. “A single contemptuous gesture by me was never a match for an armed assault, of course; but it does breathe life into a durable item of faith—that the value of art in politics cannot just be erased.”

Ai’s article makes another important point about China’s growing influence in the West, which can be seen in our most prestigious art museums. “The fate of the M+ Museum that we are witnessing today brings to mind how certain other Western museums—the Centre Pompidou in Paris and the Victoria & Albert Museum and Tate Modern in London—recently have rushed to cozy up to China, bowing and scraping before the great rising authoritarian power, bubbling with flattery at every turn.”

The Metropolitan Museum of Art in New York City should be included as well. Over five years ago, I visited a Met show about Chinese fashion, which was uncritically flattering to the CCP, not sufficiently covering the tens of millions of deaths in China through economic and political policies that led to the starvation and genocide of farmers, intellectuals, cultural workers, Uyghurs, Tibetans, Falun Gong practitioners, and others.

“What Western museums and other art institutions want is to attract Chinese financial backing. At a personal level, movers and shakers in the Western art world are also looking for political and economic advantages inside China,” wrote Ai. “Every museum in China, whether run by Chinese or Westerners, wants a special relationship with that one government, that one Party, whose favor is essential for success.”

In his article, Ai compares Credit Suisse’s “foul commerce” of hidden CCP accounts, to that of the Nazis. Just as with the Nazis, “It is no secret in China that high-level officials maintain covert bank accounts with Credit Suisse,” wrote Ai.

New laws should be made to ensure that China’s totalitarian brand of “justice,” even if someone does have a real Chinese criminal record (which Ai does not), is not imported to Europe, the United States, or other democracies based on a legitimate rule of law. Importing illegitimate law into legitimate legal systems makes those formerly legitimate systems illegitimate. More simply, bad law drives out good.

And, the best of art cannot be found entombed in the massive concrete and glass edifices they call museums. As should be clear from Ai’s story, and missing art on the M+ website, the fancier the building, the more the museum is beholden to government and corporate interests.

The best art is hidden in the most unlikely places, far from museums and the reach of the CCP or corporations that seek its approbation. Look beneath a flower petal, in your grandmother’s attic, in the fleeting expression of a stranger, in an esthetic idea that you yourself have, or beneath the rubble of one of Ai’s former studios in Shanghai and Beijing. There you will find the most beautiful art if you are open to doing so.

If Ai can find beauty through writing an opinion article about something that most people find ugly, Ai can find art anywhere. Take a closer look at what is not “art” and you too will find that beauty, everywhere.