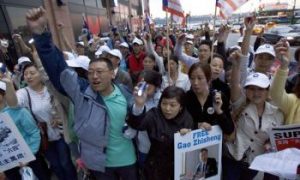 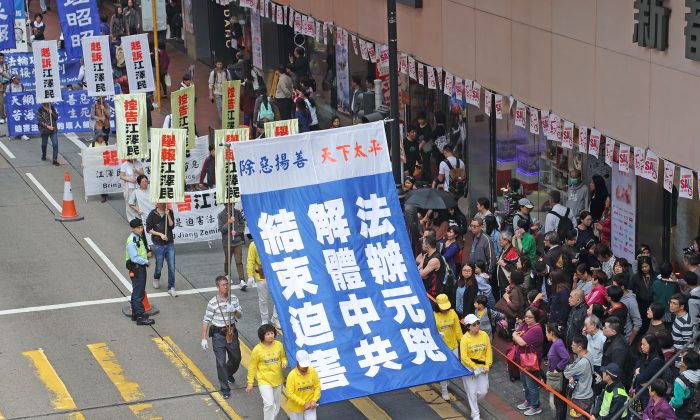 The global movement of Chinese people renouncing their ties to the Chinese Communist Party and its affiliated organizations has reached an important milestone.

The trend began soon after the Chinese edition of The Epoch Times published a nine-part series, “Nine Commentaries on the Chinese Communist Party,” in November and December 2004. The series dissected the Party’s origins, essential nature, and historical and current crimes, inspiring many to renounce their previous or current ties to Party organizations—called “tuidang” in Chinese.

Sen Nieh, vice president of the Tuidang Center, a New York-based nonprofit that maintains a database of  those who renounced their ties, described the movement thusly: “Tuidang is not a political movement; rather an awakening to freedom of conscience and thoughts of individuals,” Nieh said in a press release.

“This simple, private act gives individuals the distance of their own hearts and minds from communism and begin to think for themselves and to choose their future.”

On March 24, that population reached 300 million. For comparison, the Chinese Communist Party currently has about 90 million members.

Chinese communities across the globe celebrated the landmark occasion. In Los Angeles, California, volunteers at the local Tuidang Center held banners along the busy intersection of Valley Blvd. and Del Mar Ave., informing the city’s residents about the news. Many drivers honked their horns or made thumbs-up signs in support.

L.A. Tuidang Center volunteer Zhang Jingming explained that in China, many adherents of Falun Gong—a spiritual meditation discipline that has been severely suppressed by the Chinese regime since 1999—risk their lives to tell Chinese citizens about the Tuidang movement and encourage them to quit the Party. “Some have been arrested and sentenced as a result,” he said.

Some Falun Gong adherents do not know how to surpass the firewall to access the Tuidang Center database, so they keep a list of names—pseudonyms are often used to protect individuals from the Chinese authorities’ retaliation—of those who expressed their wish to renounce their ties to the Party. Over the phone, Zhang helps them register on the database—some with lists of 500 people or more.

In Melbourne, Australia, local politicians appeared at a rally in support of 300 million Chinese withdrawing from the Party. Janet Rice, a senator in the Australian parliament, said the Australian government had a duty to call out China’s human rights crimes and put pressure on the regime to take action. She commended the Tuidang movement as a call for human rights, justice, and peace.

The former head of the Australian lobbying group National Civic Council, Peter Westmore, said that the Tuidang movement is a protest against the Communist regime, not China the country. Thus, the people of the world should stand together with the Chinese people who have suffered persecution under the Chinese regime.

In Hong Kong, more than 700 participants joined a rally and march last week in anticipation of the 300 million mark. Local political figures also voiced their support for the Tuidang movement

“The Communist Party has become corrupt to the core,” said Han Lianshan, the spokesman for League in Defense of Hong Kong’s Freedoms. “We can no longer be silent about the CCP’s suppression of Hong Kong people, of Chinese people.”

Jiang Linda and Zhang Ru contributed to this report.