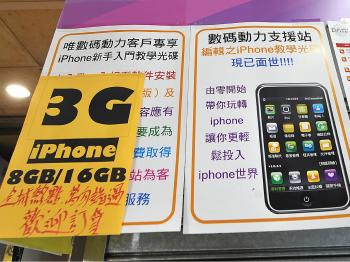 By Ram Srinivasan
Print
Apple, Incorporated confirmed that a 25-year-old worker in China jumped to his death after being intimidated about possibly losing an iPhone prototype.

Sun Danyong, an employee of Apple's business partner Foxconn, jumped to his death at 3 a.m. last Thursday, July 17, after losing an iPhone 4G prototype. The employee, after reporting the loss, had his apartment searched and also suffered physical intimidation by security personnel from the company.

Foxconn Technology Group, known as Hon Hai Precision Industry Co., is a Taiwan-headquartered company and is the world's largest manufacturer of electronics and computer components.

Like other Taiwanese companies, Foxconn has many factories in China, a country known for poor worker conditions.

Foxconn's first manufacturing plant was established in China in 1988 in Shenzhen, where the company now employs around 270,000 employees, according to a 2007 report by the Wall Street Journal.

CNet quoted an Apple spokesperson as saying, "We are saddened by the tragic loss of this young employee, and we are awaiting results of the investigations into his death. We require our suppliers to treat all workers with dignity and respect."