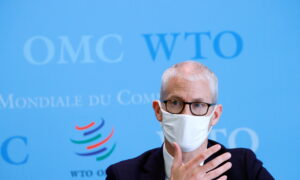 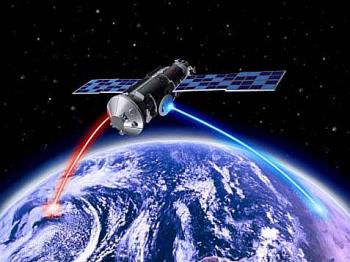 Feng Yiran
View profile
Follow
biggersmaller
Print
Since the report on July 10 from Reporters without Borders on China's involvement in Eutelsat's decision to discontinue NTDTV's signal on its W5 satellite to Asia, new evidence has surfaced to confirm that the signal suspension is purely a political decision, and not caused by technical difficulties as initially claimed by Eutelsat.

On July 17, the World Organization to Investigate the Persecution of Falun Gong (WOIPFG) publicized a telephone conversation recording with Chinese ambassador to Italy Sun Yuxi. In the recording, Sun reveals the political pressure he directly placed on Eutelsat as well as the negotiations between the parties.

Sun was recorded describing his interaction with Eutelsat, "I always find the president, vice presidents to do negotiations since they help Falun Gong with the Falun Gong channel. They just repeatedly explain to me that they don't intend to do that, and that it was forced in by others during a previous time. Anyway, that's how they explain it."

Sun admitted that Eutelsat immediately reported to him after discontinuing NTDTV's signal. Sun said, "Once he switched off [the signal]—he especially did this for us—he had people tell my technical support staff to pass the news onto me, the ambassador, that the issue the ambassador has spoken with us multiple times has already been taken care of. They said that this, this, they, while they work, this Falun … and anything of Falun Gong will never be presented again."

"We also expressed our encouragement to them.  [We said that] from now on, don't stick with that side; you should collaborate with us. You also should propagandize China from a positive perspective. They also repeatedly apologized, promising to never allow anything like this happen again."

The New York based NTDTV is one of the few independent Chinese media in the world that is not controlled by the Chinese Communist Party (CCP). NTDTV is also the only television station Chinese citizens can watch to receive free information. Suspending NTDTV's signal with the Beijing Olympic Games only a month away sends the message that the Eutelsat is bowing to CCP dictatorship, and the CCP is robbing the Chinese people of their right to know. This action is a violation of Eutelsat's own principles and the regulations of  international business.

WOIPFG believes that the recorded phone conversations with Ambassador Sun Yuxi and New York consulate general Peng Keyu demonstrate how the CCP diplomats are engaged in activities beyond their job description. These diplomats have made a routine operation of expanding human rights persecutions in other countries and disrupting ethical business practices.

WOIPFG appeals to the international society to take immediate action to restore NTDTV's broadcast signal to mainland and protect the freedom of press and to opinion.