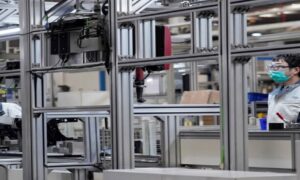 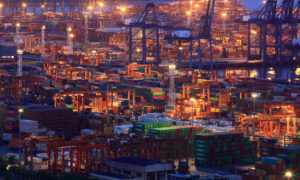 In November 2018, Henan Mingtai Aluminum, a Chinese aluminum sheet manufacturer, signed an investment contract with the Gwangyang Bay Area Free Economic Zone Authority. It plans to invest $40 billion won ($32.8 million USD) to produce aluminum products. The groundbreaking ceremony was held in December 2018 to kick off the construction of the plant, but the project was opposed by the Korean aluminum industry.

South Korean officials believe that introducing such a substantial player in the global aluminium market to South Korea will surely drive up aluminum production, with a corresponding drop in aluminum prices. The Korean industry suspects that by entering South Korea’s market under unfavorable cost conditions, Chinese manufacturing companies’ might be using South Korea as a roundabout export base. If this is the case, there may be potential trade friction between South Korea and the United States in the future.

Jiang Haoxiang said, “The Trump administration has proposed higher anti-dumping duties. We have concerns that China is using South Korea as a production base to enter the US market.”

The industry is doubtful about the “employment promotion” effect of the Foreign Investment Promotion Act. Meanwhile, it is concerned that unreasonable foreign investments will cause Korean companies to close down, leading to an increased unemployment rate and possible leakage of advanced technology.