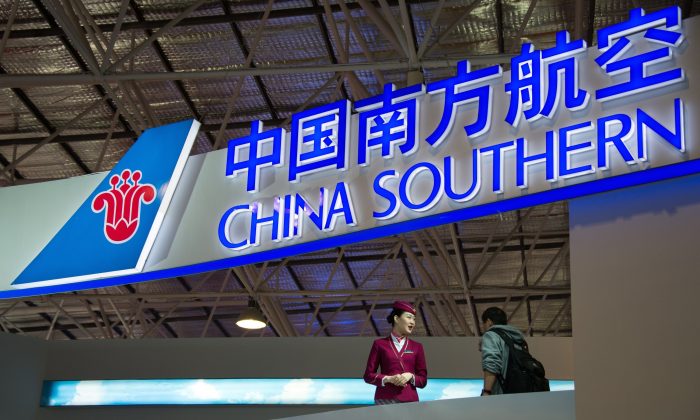 Airlines in China are now being used to transport a macabre kind of cargo: human organs.

In a report published on Oct. 4, Chinese state media China News Service announced that at airports around the country, China Southern Airlines has opened an express lane for transporting human organs in May 2016—and that it has already successfully transported over 500 of them.

The article boasted of cross-country delivery for organ transplant surgery, from the northwestern reaches of Xinjiang to Hangzhou City in southeast China.

In recent years, independent research and The Epoch Times’ own reportage have revealed how the transplant industry in China skyrocketed after former Chinese leader Jiang Zemin launched a nationwide persecution of the spiritual practice Falun Gong, with many adherents arrested and sentenced to prison.

Researchers concluded that by using Falun Gong practitioners and other prisoners of conscience, such as Uyghurs, Tibetans, and house Christians, as a living organ bank, the Chinese regime has profited from the international demand for transplant surgery. To ensure that the organs remain in the most healthy state, the surgery often takes place while the victim’s heart is still beating, resulting in the victim dying from the subsequent loss of blood and trauma.

The World Organization to Investigate the Persecution of Falun Gong (WOIPFG) released a report in July stating that as many as one hundred hospitals in China still continue to conduct organ transplant surgery in the hundreds and thousands per year. The short waiting time and complete fulfillment of demand—every patient receives a transplanted organ—remains unchanged, and indicates that the practice of forced organ harvesting persists, the organization concluded.

The WOIPFG’s previous investigations revealed that the Chinese military is in control of the forced organ harvesting system, conducting the vast majority of transplant surgeries at military or military-associated hospitals.

This news of organ delivery via airlines, however, reveals there may be another channel for organ transplantation, said WOIPFG spokesperson Wang Zhiyuan. “The explosive growth of the transplant industry is still ongoing. The dark secrets of organ transplants have yet to be fully exposed,” he said.

While the regime seeks to show the world that China has a standard system for organ transplantation, the recent news only raises more questions.

“With the express lane, they want to guarantee that the organs get transported as quickly as possible. The purpose was to promote their achievements. But the important question is, where are these organs coming from? Is there transparency in how these organs were obtained?”, said Huang Shiwei, deputy director of the Taiwan Association for International Care of Organ Transplants. The organization seeks to raise awareness about forced organ harvesting and discourage medical tourism to China for transplant surgery.

State media have previously reported that airlines have transported organs to the frontiers of the country, to places like Kashgar and Ghulja in Xinjiang Province.

Ilshat Hassan, president of the Uyghur American Association, is concerned that forced organ harvesting is happening in Xinjiang, where the Uyghur ethnic group makes up the majority of the populace.

In recent months, Hassan has received accounts from parents, whose children study at Xinjiang University, that their loved ones have gone missing.

They fear that their children have become victims of organ harvesting. “The local police, the school cannot find them. Where have they gone? We can only associate it with large-scale organ harvesting,” he said.

Tang Xianya contributed to this report.