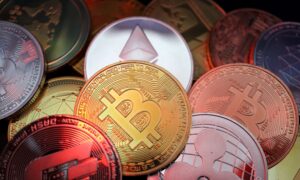 Xi Jinping launched his term as Chinese Communist Party (CCP) chief with a directed campaign of propaganda denouncing corruption in the Party, and vowing to crack down on officials who flaunt the rules. But those who took him at his word by, for example, organizing events to encourage the disclosure of officials’ assets, now find themselves under arrest, with rights groups calling for their release.

“When President Xi Jinping calls for a tough response to corruption it’s hailed as innovative policy, but when ordinary people say the same in public, his government regards it as subversion,” said Sophie Richardson, China director at Human Rights Watch, in a June 9 press release. “The fight against graft and for the rule of law rest in part on respect for freedom of expression and assembly, not the suppression of those rights.”

Since late March over a dozen activists against corruption, and in favor of rules stipulating that officials must disclose their assets, have been detained, and ten have been formally charged and will probably be prosecuted and convicted, Human Rights Watch said.

Activists want the CCP to pass a law requiring disclosure of the assets of Party officials. Former Premier Wen Jaibao urged officials to publish their assets after his family’s vast fortune was publicized by political enemies last year, but his urging met with echoing silence from other members of China’s elite. Recently Liu Zhijun, the former rails minister, had the 374 houses he had accumulated during a long career of embezzlement confiscated.

Forcing officials to disclose their assets would strike at the heart of corruption in the Party, since it is individual cadres that use their positions to build personal empires – amassing real estate, watches, cars, and gold bars, while sending fortunes offshore in case problems erupt at home.

According to Human Rights Watch, a group of intellectuals drafted a public letter in December 2012 calling for CCP Central Committee members to disclose their assets. The letter was signed by over 7,000 people.

Three retired CCP cadres suggested the same thing in a letter submitted to Party Central in mid-February. Because Party leaders did not respond, the three decided to make their letter public on May 17 by publishing it online.

In Beijing, activists were arrested for holding up banners with slogans such as “require officials to publicly disclose assets” and “unless we put an end to corrupt officials, the ‘China Dream’ can only be daydreams,” said the Human Rights Watch release. The “China Dream” is a concept recently pushed by Xi Jinping. The individuals were held on charges of illegal assembly, while supporters in Jiangxi Province were also taken into custody.

Although the Chinese constitution guarantees its citizens the right to assembly, the requirements are so restrictive that in practice citizens are prevented from exercising the right. Police approval is required to demonstrate, but it is rarely granted, especially if the protest is critical of the Chinese Communist Party or its policies. Merely applying for approval is risky, as some applicants are harassed or even detained for requesting approval.