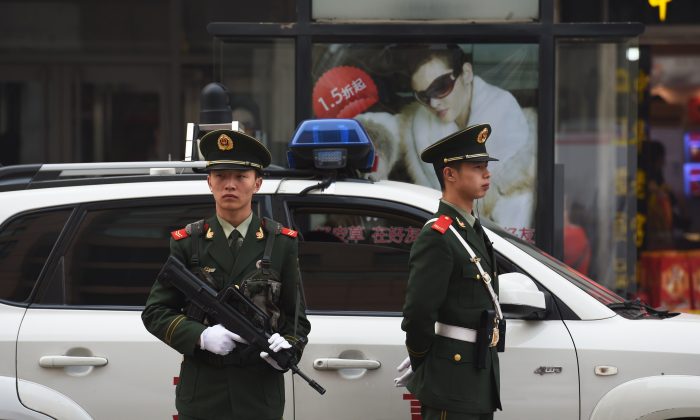 BEIJING—A court in southern China sentenced a leading activist who organized rallies for media freedom to six years in prison Friday in what his lawyer described as an unfair trial with an extra criminal charge added at the last minute.

Lawyer Li Jinxing said a district court in the city of Guangzhou found Yang Maodong guilty of disturbing public order. It also convicted him of provoking troubles, a charge Li said was announced minutes before the trial and which added to the stiff sentence.

Yang — better known by his penname Guo Feixiong —helped organize demonstrations and spoke in support of the editorial staff at the newspaper Southern Weekly in Guangzhou in January 2013, after its journalists complained of censorship. Journalists said the paper’s New Year’s message calling for stricter adherence to China’s constitution was altered under orders of censors.

Although China’s ruling Communist Party leadership under Xi Jinping proclaims rule of law as a priority, calls from outside the party for greater adherence to China’s constitution are seen as attempts to undermine the party’s monopoly on power.

The charge of disturbing public order typically is punishable by up to three years in jail, and the charge of provoking troubles carries a maximum sentence of five years. The addition of the second charge moments before Friday’s trial drew immediate protests from the defense team, Li said.

Li said the last-minute addition was against procedural rules and allowed the defense no time to prepare. He also said that a printed verdict was issued immediately after the trial, showing that it had been prepared in advance.

“It’s the abuse of the judiciary powers at its worst,” Li said.

Yang Maoping, the activist’s sister, confirmed the lawyer’s account and said the trial amounted to “cruelty and political persecution.”

The verdict was condemned by the human rights group Amnesty International, which called it a dark day when people advocating for press freedom and democracy “are sentenced to lengthy prison terms after sham trials.”

Yang also had encouraged activists to hold up placards in several cities. To avoid confrontation with police, the activists typically did not linger but left quickly after taking photographs of their acts, then posting the images online.

Yang and fellow activists were arrested, and such street activism has largely been stamped out over the past two and a half years.

Also tried and convicted Friday was co-defendant Sun Desheng, who was sentenced to two and half years in prison for disturbing public order. Sun’s charge stemmed from his unfurling banners calling for public disclosure of officials’ assets and urging China’s legislature to ratify the International Covenant on Civil and Political Rights.

Also Friday, in a separate case, the court sentenced fellow activist Liu Yuandong to three years in prison on the charge of disturbing public order. Liu had joined the demonstrators in January 2013 in support of the editorial staff of Southern Weekly. He was detained the following month and stood trial in January 2014.