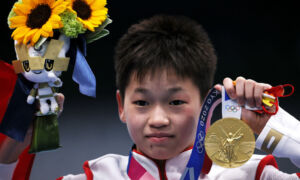 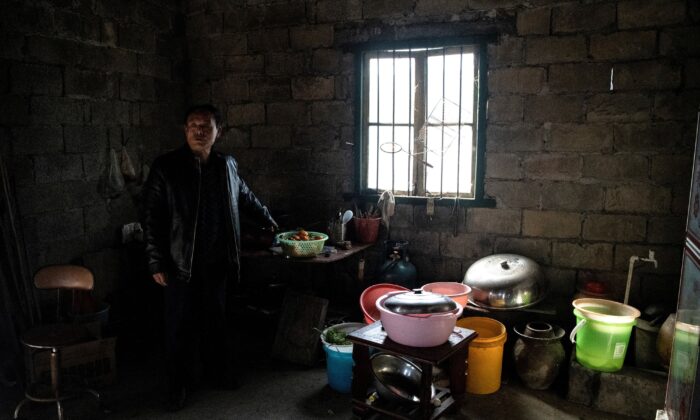 On Sept. 28, the Chinese regime issued a white paper on poverty elimination in China, claiming that Party leader Xi Jinping, “has personally planned, led, and endeavored to build a moderately prosperous society.”

The document followed Xi’s public announcements in February and July proclaiming that China has achieved “a complete victory” to end rural poverty in China and that Chinese society is “universally, moderately prosperous,” according to state-run media Xinhua News.

Several China critics told The Epoch Times in recent interviews that the poverty situation in China is still very severe, and that the disparity between the rich and poor is bothersome.

The State Council oversees the Leading Group Office of Poverty Alleviation and Development. Its director Liu Yongfu said at a press conference on March 12, 2020, that China’s extreme poverty line is set at a per capita annual income of $620, or $1.69 per day at current exchange rates.

The Chinese Communist Party’s (CCP) poverty standard of $1.69 is 12 percent lower than that of the global poverty threshold.

On top of the low per capita daily income, Liu said that the future task is to address farmers’ worries about food and clothing, and to guarantee farmers’ access to education, medical care, and housing.

“It says it has eliminated absolute poverty,” Xing said. “That said, there is still poverty in China, and the CCP calls it relative poverty.”

“Then it lowers the poverty lifting standard, and it says there is no poverty in China now,” he added.

Martin Raiser, the World Bank country director for China, said the CCP likely eliminated absolute poverty. “Given the resources mobilized, we are less sure it is sustainable or cost effective,” Raiser told The New York Times as reported on Dec. 31, 2020.

Hu Ping, honorary chief editor of Beijing Spring, an online pro-democracy publication, told the Chinese edition of The Epoch Times in a recent interview that the CCP is using the term “moderate prosperity” to fool people.

Societal prosperity implies that the majority of the citizens live decently and that the wealth gap between the rich and the poor is not too large, according to Hu. But he said that in China today, there is a shocking disparity between wealth and poverty.

A Gini coefficient of 0.4 is an unacceptable inequality threshold, above which there is a high level of social inequality and thus social volatility.

The CCP is the source of China’s disparity between wealth and poverty, Hu said.

The CCP eliminated all wealthy Chinese individuals soon after it took power in 1949. It turned private enterprises into state-owned enterprises, then turned the enterprises back into private ones during the opening and reform stage of development. Now however, the CCP’s elite families own them, Hu said.

Hu added that the CCP has been adopting strict control politically in China because it knows Chinese people would force it to return the wealth to the people if China became a democratic country. He said that is the reason the CCP is unwilling to ask its officials to disclose their net worth. Asking them to do so is dubbed “subversion of the state power.”

Daniel Holl and Ning Haizhong contributed to the article.