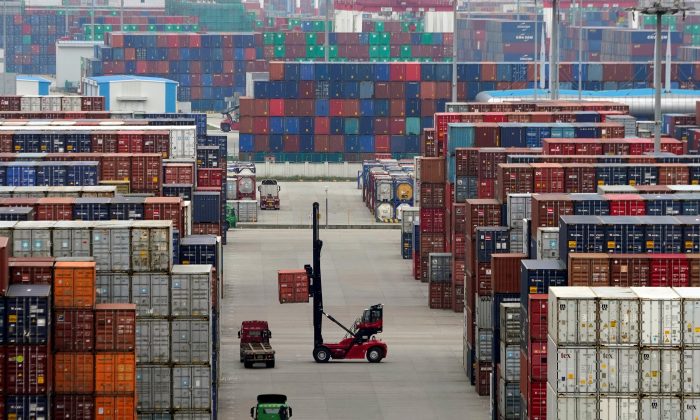 Growth of exports to the United States declined from 27.6 percent to 3.8 percent in June
By Emel Akan

U.S. tariffs on imports from China are not set to take effect until July 6. However, escalating trade tensions between Washington and Beijing have already started to affect the volume of goods flowing from China to the United States.

According to preliminary data released by China’s General Administration of Customs on July 3, the growth of exports to the United States was 5.4 percent year-on-year in the first six months, dropping sharply from a 19.3 percent rise a year ago.

The biggest slowdown happened in June, with the growth of exports to the United States declining from 27.6 percent to 3.8 percent year-on-year.

The early release of U.S.-specific export data comes as a surprise, since China is expected to release its full import and export statistics on July 13, according to a Financial Times report.

Beijing may have felt the urge to announce the slowdown in exports to claim the trade imbalance has narrowed before July 6, when the Trump administration will start imposing tariffs on Chinese goods.

The first wave of 25 percent U.S. tariffs, taking effect on July 6, will hit $34 billion worth of Chinese goods. The tariffs will apply to more than 800 goods, including machines, mechanical products, and cars. Consumer products such as mobile phones and clothing will not be subject to additional tariffs.

The second wave of tariffs, targeting 284 goods worth another $16 billion, is due to take effect at an unspecified date.