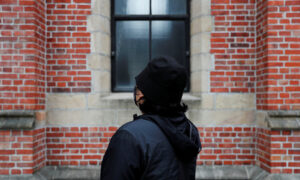 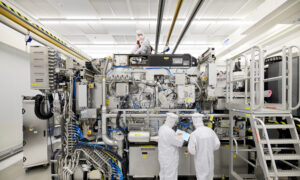 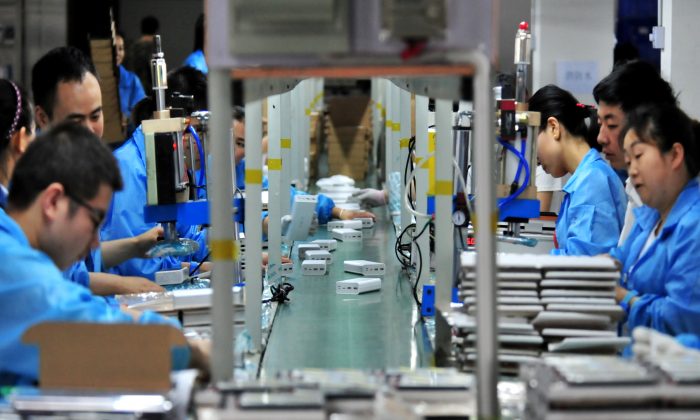 Employees work on a production line manufacturing lithium battery products at a factory in Yichang, Hubei Province, China on May 28, 2019. (Reuters)
US News

WASHINGTON—China’s unfair trade practices since joining the World Trade Organization (WTO) in 2001 have harmed industrial innovation in developed nations, causing companies—particularly in North America and Europe—to lose their competitive advantage in advanced industries, according to a new study.

For years, economists and policymakers have said that China’s rapid economic growth and trade expansion after it joined the WTO had a positive effect on the global economy. Any adverse impacts in developed markets were believed to be largely temporary or borne by workers in low-tech industries or certain regions.

However, a recent study by the Information Technology and Innovation Foundation (ITIF), a U.S. think tank, finds the opposite.

The conventional view “was overly optimistic, if not Pollyannaish, and the harms were worse than many had forecasted,” Robert Atkinson, founder and president of ITIF, said in a report titled “Innovation Drag: China’s Economic Impact on Developed Nations.”

“The scholarly literature shows China’s rise, backed largely by unfair, mercantilist policies, has harmed innovation in the global economy—particularly in North America and Europe,” Atkinson wrote in his report.

The study, supported by the ITIF and the Smith Richardson Foundation, examines the academic literature on the effect of China’s economic growth and trade policies on global innovation.

One of the key takeaways of the research is that many policymakers have focused on job losses in Western economies as a result of intense competitive pressures from China. However, the losses extend beyond jobs.

For many years, economists believed that China’s integration into the world economy boosted welfare not only in China but also in other countries. They believed global market integration increased what they called “allocative efficiency,” which led to more efficiently produced English textiles or Portuguese wine, for example.

However, Atkinson says that the assumption only works when market forces are at work.

“It’s time for economists and policymakers to consider that mercantilist trade is different from market-based trade,” he wrote.

China has embarked on “innovation mercantilist” policies, which include funneling hundreds of billions of dollars in government subsidies to support its key industries. It also has resorted to various tactics such as industrial espionage, cyber theft, forced joint ventures in exchange for market access, and acquisition of foreign companies to attain sensitive technologies.

These policies spurred innovation in China, but that came at the expense of innovation in Western economies, according to Atkinson.

Innovation in the US

Many large U.S. companies, for years, have moved their manufacturing operations to low-cost countries, primarily China. Such moves were expected to reduce costs and bring competitive advantage.

But business leaders and policymakers now are admitting the long-term consequences of these choices in some industries in which the United States has fallen behind in its ability to compete.

Harvard Business School professors Gary Pisano and Willy Shih authored a book titled “Producing Prosperity: Why America Needs a Manufacturing Renaissance” in 2012 to show how America’s competitive position in certain industries has weakened over time with the decline in industrial innovation.

In solar power, for example, a significant amount of the required know-how and production infrastructure migrated to Asia. Although solar cells, also called photovoltaic (PV) cells, were invented in the United States, only 3.7 percent of PV production was based in North America in 2017.

The book also explains the strong link between product development and advanced production facilities, and when the two are geographically remote, innovation can be hindered.