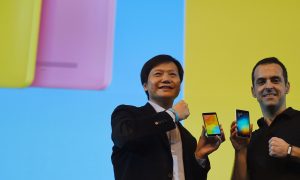 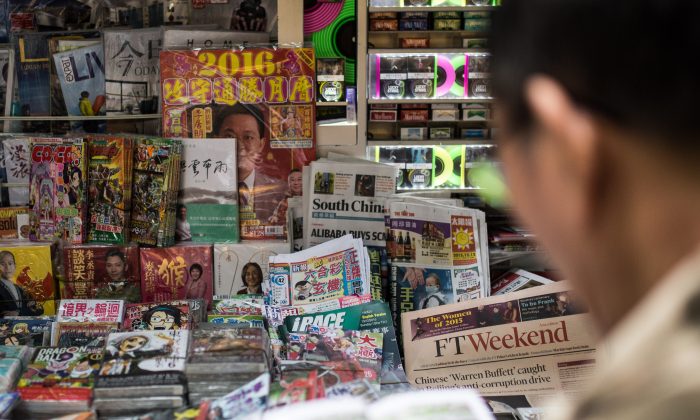 The ruling would bar foreign companies and Chinese firms with foreign ownership from engaging in any online publishing, including but not limited to text, games, maps, cartoons, audio, and video content. It tightens what is already one of the strictest media control systems in the world.

The new regulations were issued jointly by the Ministry of Information Technology and State Administration of Press, Publication, Radio, Film and Television, and are set to take effect March 10.

For more than a decade, foreign media companies have invested millions of dollars to set up news organizations in China for Chinese audiences. While China censors its media, business executives once thought that forging closer ties with China would increase likelihood of China eventually “opening up.”

As recent as five months ago, Xi Jinping told News Corp. Chairman Rupert Murdoch that China would “welcome foreign media and correspondents to cover China stories, introducing China’s development to the world, and helping the world grasp the opportunities [of] China’s development” in a meeting in Beijing, according to state-mouthpiece Xinhua.

So much for the supposed “opening up.” Today, Chinese TV, print, and online media continue to be censored. The websites of Bloomberg News, New York Times, and Thomson Reuters are blocked. Even the longtime China-apologist Murdoch has scaled back business interest in China, selling majority stakes in three Chinese TV stations to a Chinese private equity firm.

At the heart of the matter is power and politics. Beijing worries about the impact of Internet publishing on public opinion in China, especially towards the ruling Chinese Communist Party.

Under the new guidance, even Chinese companies wishing to produce such online content must first seek a license from regulators. And all content broadcast in China must be stored on servers located inside China.

These regulations, on the surface, would increase the scope and activity of China’s Internet censors. But it’s not what Chinese authorities announce, but how they enforce the measures.

Each of the announced restrictions already exists, to some degree, within China’s media market. Last week’s announcement serves to codify and consolidate these rules under a single regulatory scheme which could increase Beijing’s regulation and enforcement of these rules.

In the past, Chinese authorities have relied on self-censorship, with government agencies selectively enforcing the rules as they see fit—for example, Beijing’s focus in the last year or so has been on online games and video.

Even as the restrictions become broader, experts say the scope of the Internet is too wide to individually enforce—Beijing is fighting against not only foreign media firms, but the advent of technology and nature of human inclination.

While specifics remain to be seen, Beijing’s new announcement is broad enough to pose challenges to foreign firms beyond media. “This focus on national security has important implications for companies and governments with current or potential interests in China,” wrote the National Law Review, a U.S.-based law journal.

Such regulations extend past domestic policing—a card Beijing typically uses when its draconian laws are criticized—and could close off swaths of Chinese market to foreign firms. It’s something the United States government could raise in upcoming trade talks with China.

International technology companies will likely feel the greatest impact. The new rules effectively squash hopes of foreign social networking giants such as LinkedIn, Facebook, and Twitter who have ambitions to operate independently in China. Facebook founder and CEO Mark Zuckerberg has tried to court China over the last few years, by visiting there on numerous occasions, learning Chinese, and inviting Chinese officials to Facebook’s U.S. offices.

Those efforts bore little fruit. Under the new regulations, only joint-ventures with local competitors or specific projects with local partners could be green-lighted.

While firms such as Facebook must go back to the drawing board if they hope to enter China, companies already operating there face the biggest challenges.

For Sony and Microsoft, the world’s leading gaming hardware manufacturers, the implications are complicated. Both Sony and Microsoft have Internet-connected content stores and communities, and Beijing’s new online publishing rules could stop or dramatically slow new releases of game content while they await approval. Complying with the regulations may also increase staffing needs, drive up costs, and cut margins.

The business of Uber, the massive taxi-hailing service, relies on GPS-enabled mapping services which will also be affected by the new laws. Uber is locked in bitter competition with Chinese rival Didi Kuaidi. How will China’s new publishing rules affect the release of maps, map features, or related content going forward? Any potential slowdown of Uber’s app update deployment could negatively affect its business.

Services firms may also come under scrutiny. Banks, law firms, accounting firms, and consultancies publish domestic reports and research. Local investors and companies rely on these services. How will those services be affected? Will they need to go to submit such reports to regulators before release to clients?

While these questions remain unanswered, the Communist Party’s intentions are clear. Firms have long accused China of bias against foreign enterprises, levying fines, conducting investigations, and handing out so-called antitrust penalties. Consider the new publishing rules another feather in the Party’s cap.

It may have become a cliché, but it’s truly caveat emptor for any foreign business seeking a foothold in China. Years of investments, currying favors, and operating from “hand-to-mouth” hoping to reach scale and turn a profit one day could be wiped out instantly with a policy change out of Beijing.