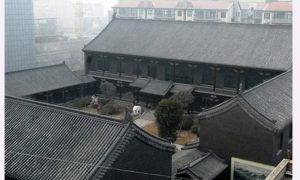 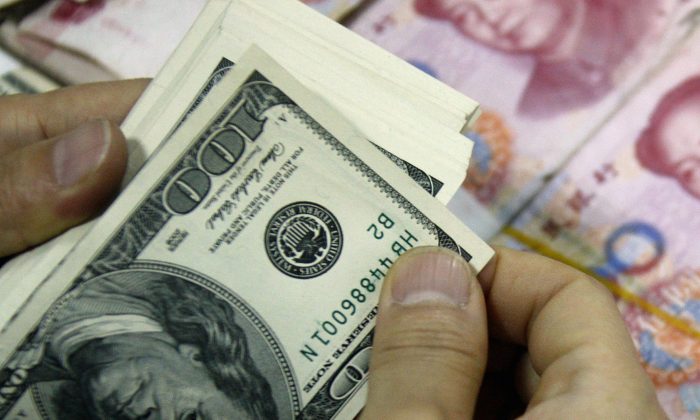 Naked officials are so called because they often put their families, and millions of dollars in ill-gotten gains, overseas. When posed with a choice of being demoted or calling their families back from abroad, most Chinese officials chose the demotion. (STR/AFP/Getty Images)
China

Over 1,000 Chinese communist officials in the prosperous southern province of Guangdong had a stark choice recently: be demoted, or call their families back from overseas to China.

The anecdote was relayed in Chinese state media reports recently, as the regime’s leadership continues to wage a campaign against corruption in the Party.

“Naked officials,” as they are called, have for some years been the most potent symbols of a government so bereft of legitimacy that its own officials choose to move their families and their assets overseas.

The reports from Guangdong recently appear to be the first time that state-run media has provided hard, local data on the phenomenon.

But the new openness does not mean the problem is going away.

Given three choices by the Guangdong government—to recall their family members from abroad, be transferred to another position (often a demotion), or retire early—866 of the roughly 1,000 naked officials chose to be transferred. Only 200 or so elected to have their families return to China, according to the state-run Beijing News. Beijing News did not identify the precise number of officials, but said it was around 1,000.

Having family members overseas gives Chinese officials a convenient way to transfer money out of China, and means they can quickly escape the country if they spot any political difficulties—like an anti-corruption investigation—on the horizon. Once they are in the United States or Canada (two common destinations) the officials can begin procedures for investment or family immigration.

“Naked officials have become the ‘reserve corps’ for corrupt officials that want to flee,” said Li Chengyan, director of the Clean Government Research Center at Peking University, in an interview with Beijing News.

By 2011, China had at least 4,000 corrupt officials escaping China, according to a report by the China Academy of Social Sciences, China’s top official research institute. They took over $50 billion with them, close to $16 million each on average, according to the Central Commission for Discipline Inspection, the Party’s anticorruption watchdog.

The rampant growth of the phenomenon probably lies behind the current crackdown. The 2014 “Rule of Law Blue Book,” released recently by the Chinese Academy of Social Sciences said that strengthening control over naked officials is a lynchpin for anti-corruption efforts.

The very existence of this class of officials shows a loss of confidence in the Chinese Communist Party and its prospects, experts say. “These members of the elite do not have faith in the long-term future of the Communist Party,” said Willy Lam, a veteran observer of the Chinese political scene and a professor at the Chinese University of Hong Kong, in an interview with Associated Press.

“So along with money,” Lam said “they also take along with them state secrets or intellectual property rights regarding high technology and so forth.”

Professor Frank Xie Tian, in the business school at South Carolina University, remarked that: “The behavior itself of naked officials is already a direct vote of no confidence in the Party’s system. They’ve prepared an escape route in advance.”

While the current crackdown on corrupt officials will have some near-term impact, analysts said that the nature of how power is wielded in China means that the problems that give rise to corrupt officials are not going to go away anytime soon.

“China’s corruption is too severe,” said Xu Lin, a writer in Guangzhou who keeps a close eye on developments in the Chinese political system. “As an authoritarian state, China has no better way to stop official corruption than to try to control naked officials.”

“Democratic countries don’t do this, because they have an electoral system, multiple political parties, an independent media, a separation of powers, and so on—a series of mechanisms to avoid official corruption.”

Along with spot inspections of officials, the Communist Party has also begun pilot programs in a few areas of making public the assets held by officials.

Guangdong Province initiated a pilot of this kind in May, randomly selecting newly promoted officials to query them on their incomes, properties, family members’ immigration statuses, and career paths.

There is also talk of having a list of sensitive positions that “naked officials” will be barred from.