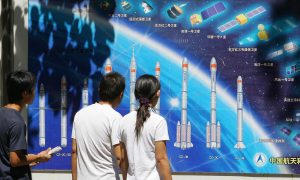 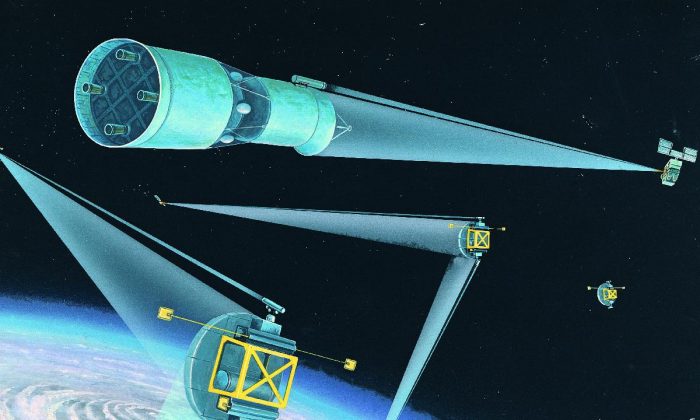 Planners in China’s military are looking seriously at how the next war may be fought—and won—in orbit. In recent years, the People’s Liberation Army (PLA) has invested much effort into space-based military infrastructure and weapons and has redefined its strategic policy to reflect these new capabilities.

China’s space ambitions are heavily publicized by state-run media. The terms “spaceflight dream” or “space dream” are used in conjunction with the more general “Chinese dream” and “great power dream.”

Xiong may have to eat his words. In an opinion article published March 12 in China National Defense News, an official military publication, space would become a “major theatre of operations,” mastery over which would be essential for achieving victory.

There is no meaningful difference between the PLA’s supposedly defensive doctrine and an offensive military posturing.

The militarization of space not only means that China’s troops and vessels are better-coordinated, but also that the PLA has far greater opportunities to take the war to the enemy. This includes so-called “assassins maces” and “trump cards,” best illustrated by the recent development of China’s anti-satellite missiles.

Contemporary PLA analysts believe that in modern conflict, the outcome is decided at the outset of the campaign. Furthermore, victory is determined not just by numbers or even weapons, but hinges largely on superior intelligence and reconnaissance.

According to a recent report by the University of California’s Institute on Global Conflict and Cooperation (IGCC), space operations would play a critical role in the PLA’s anti-access and denial strategy, whereby it would keep large swaths of sea and airspace “off-limits” to U.S. or allied forces in a limited conflict.

One Chinese analysis cited in the IGCC report likened the militarization of space to the early stages of aerial warfare in World War I—at first, aircraft were exclusively used in reconnaissance, but later developed into fighters and bombers, as was played out in World War II.

China plans to get ahead of the game. By destroying enemy satellites, for instance, the PLA would deprive a modern military, such as that of the United States, of its edge in precision-guided munitions, unmanned aerial vehicles (also known as drones), and coordinated operations. At the same time, China’s increased presence in space means that its own weapons can be used to greater effect.

The PLA’s newly pioneered anti-ship ballistic missiles, for instance, doubtless require advanced targeting technology that could be used in conjunction with satellites. These missiles could threaten American fleets hundreds or thousands of miles from the Asian coast.

Since the early 2000s, the PLA has shifted its strategy to focus on “centers of gravity” that stress blinding and paralyzing the enemy by cutting off troops from their command and from each other, rather than engaging in costly and highly risky conventional campaigns.

In 2004, the PLA received four so-called historic missions, one of which “expanded its responsibilities to defend China in international waters, outer space, and cyberspace,” according to the IGCC report.

The focus on space comes as a saving grace for the otherwise second-rate PLA, which, despite having the largest military on earth, is stuck with mostly outdated weapons and a lackluster track record.

According to the IGCC report, which notes the lack of any meaningful difference between the PLA’s supposedly “defensive” doctrine and an offensive military posturing, “any U.S. military support or deployment that is deemed a precursor to U.S. action could be grounds for a pre-emptive strike.”