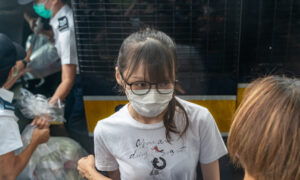 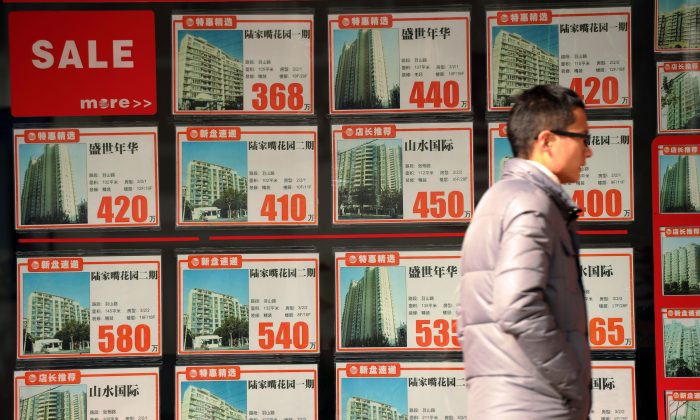 Over the past few months, China has seen another boom in the real estate market—housing prices in Beijing, Shanghai and Shenzhen spiked again, on top of an already-dangerous housing bubble. This circumstance, as well as the natural political comedy of the Communist Party’s “Two Meetings” in Beijing, caught attention of joke writers and commentators on the Internet this week.

Jokes of the Week

Yesterday I received a call from a real estate agent. He asked: “Do you want to buy a new apartment? The price keeps surging. If you don’t buy now, you won’t be able to ever get it at the same price!” I replied: “Sorry, but I already bought one.”

After several seconds of silence, he responded: “Well then, do you want to sell your apartment? We are seeing super high housing prices right now. If you don’t sell now, you may not ever be able to get these prices.” As the agent seemed to be such a diligent professional, I felt obliged to tell him the truth: “To be honest, I am just a poor man, having neither money to buy an apartment nor an apartment to sell.”

Another several more seconds of silence passed, and he spoke again: “Tomorrow there will be a kickstart sales event for some newly-built apartments. I can pay you 200 yuan if you queue overnight outside the sales building, pretending to be a buyer. Interested?”

Why speculation is better than work

Ten years ago, a Chinese businessman sold his house in Nanshan District, Shenzhen, for 800,000 yuan ($122,000) to start his business. After ten years of hard work, he was finally successful. Then he spent what he had earned—4 million yuan ($610,000)—to buy back his old house.

A Chinese made some criticisms against China.

“Why not leave China if you don’t like this and that about your motherland?”

The person emigrated and made the same criticisms, this time as an overseas Chinese.

“Why should China listen to criticisms from someone born in China who lives abroad?”

The person moved back to China and continued the criticism…

“Why not leave China if you don’t like this and that about your motherland?”

@Zhang Zhou: “A hot question on Zhihu [a popular question-and-answer website in China, like Quora] is: ‘Give an example of accurate prophecies in history.’ The top-rated answer is Liu Hulan’s famous remark: ‘Communist Party members are so numerous you’ll never catch them all!'”

Explanation: Liu Hulan was a young female spy during the Chinese Civil War between the Nationalists and the Communist Party. She was killed by the Nationalists at age 14. Liu is regarded by the Party as a martyr for the cause of communism, and is often used as a propaganda figure. Liu’s words here are inverted to as a joke about the anti-corruption campaign by Xi Jinping, in which the list of corrupt officials to be arrested seems to keep growing.

Over the past week, the “Jackie Chan Curse” has become a hot topic on Sina Weibo, based on one sentence spoken by Dong Mingzhu, the President of Gree Electric and a delegate to the Two Meetings in Beijing. Dong said remarked that all brands that were ever endorsed by Jackie Chan had died, except Gree.

The remark revived a hot discussion about the so-called “Jackie Chan Curse,” which refers to an apparent propensity for companies he has endorsed to go out of business. The list of firms includes Xiaobawang DVD, which went bankrupt; Aiduo VCD, the founder of which was convicted; Fenhuang Cola, a market failure; Bawang Shampoo, revealed as carcinogenic; Sinian Dumpling, banned for containing germs; and Caddy Car, which sold only 900 vehicles all over China.

Another joke said: “I remember Jackie Chan also endorses the Party, so this means…” And another: “Don’t forget Gree is a state-owned enterprise…”

Hong Kong-based Newspaper The Sun recently revealed an embarrassing moment during a major political conference in Beijing held during the Two Meetings. On the media day for the delegation from Hebei, the provincial party secretary, Zhao Kezhi, read from a slip of paper calling on a female journalist “sitting in row X, seat number Y, in a dark coat” to ask a question. It happened that the journalist had just taken off her coat, and was now in white. She was reportedly highly embarrassed.

Commentators remarked that the story is another demonstration of the hidden rule for the Two Meetings and many other Party conferences: media questions are tightly controlled and staged in advanced.