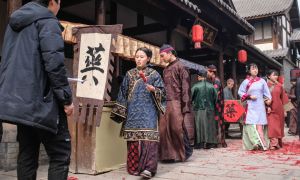 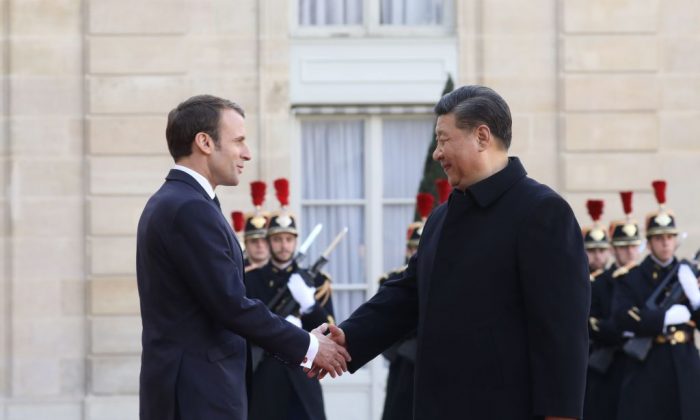 China Seeks to Subvert Europe Through Divide and Conquer Strategy

When the Chinese Communist Party (CCP) launched its takeover of China after World War II, its then-leader Mao Zedong devised a unique strategy: “Surround the city with the countryside.”

This same strategy is now at play in the CCP’s attempts to subvert Europe—to dominate it from within, and in a way that those being subverted won’t realize until it’s too late.

Europe has been trying to engage on more equal terms with China through the European Union. The CCP, on the other hand, wants to engage with each European country individually—making it the larger party, and allowing it to more easily leverage its power, influence, and strength.

European Union leaders met with Chinese leader Xi Jinping on March 26 in France, in negotiations being framed as “cautious” on the part of the EU. A March 12 European Commission report demonstrates this caution, describing the CCP as an “economic competitor” and “systemic rival” to Europe.

Yet, just before this apparently cautious meeting done on more equal footing, Xi traveled to Rome, where he met with Italian Prime Minister Giuseppe Conte on a three-day visit. Conte then endorsed the CCP’s “One Belt, One Road” development plan, making Italy the first G-7 nation to do so.

By getting Conte to back his goals, without the say of other European leaders, it allowed Xi to get a foot in the door of Europe prior to the more official meeting with the European Union.

In the early days of the CCP, Mao’s strategy to “surround the city with the countryside” worked by initially allowing CCP forces to avoid difficult battlegrounds, and to instead first seize the fields and resources that the cities relied on for survival. When the country’s leaders realized what was happening, it was too late.

Other iterations of this strategy were found under the Soviet “salami tactics” for subversion, and the Chinese regime’s more recent “cabbage strategy” used in the South China Sea. Both worked by starting on the outer ring of an issue, then gradually conquering toward the center.

Under the Soviets, this strategy took many forms. It included influence operations to slowly compromise foreign politicians, the creation of opposition factions within existing political parties, the creation of grassroots organizations to manufacture discord, and many other tactics.

While the salami tactics were being carried out, a key focus of the Soviet instigators was to keep their targets unaware of what was taking place.

In May 2013, the CCP’s then-Maj. Gen. Zhang Zhaozhong described how he would take the South China Sea using a similar method.

Zhaozhong explained that in order to take disputed territory, the CCP would first send in fishing ships, then maritime surveillance ships to patrol, and finally warships.

“The island is thus wrapped layer by layer like a cabbage … a cabbage strategy has taken shape,” he said, adding that “For many things, we have to grab the right timing to do them.”

When applied to today’s political environments, the CCP is using the same basic approach. In its programs such as the Belt and Road plan, the CCP’s main goal is to overtake the United States as the world leader—both in terms of economy and influence—but it can’t do that outright.

Rather than go head-on with the United States, or even Europe for that matter, the CCP started in the surrounding areas. It began pushing the Belt and Road plan in third-world countries first, and has already gained significant control of local politics and infrastructure through this and related programs in Latin America, Africa, and parts of Asia.

In the CCP’s strategy, Latin America, Africa, and Asia are the outer rings of territory. The next rings toward the United States are Australia, New Zealand, Europe, and Canada—all of which the CCP is currently targeting for infrastructure projects, with varying levels of controversy.

If the CCP can seize control of these countries—using its cocktail of critical infrastructure, buying core economic sectors, subverting political circles, and using debt traps—United States could find itself cut off from the rest of the world in terms of influence and economy.

From the standpoint of traditional Chinese warfare, observing patterns of changes in society to understand the future direction, Europe has become a battleground that can be swung through subversion.

With Brexit, the European Union is at risk of breaking. And many European leaders on the socialist end of politics are openly opposing the U.S.-led model. In the eyes of the CCP, these are favorable conditions to exploit.

This is a common tool of subversion overall: to observe the destructive trends within a society, and to amplify their momentum.

In terms of international politics, when countries break from the U.S.-led model that places value on individual liberties and human rights, they tend to drift toward the China model, which has a “do as thou will” approach to human rights abuses and totalitarian social control.

This held true with the fallout of Latin America’s “pink revolution,” which had many countries break from the United States and move instead toward a global system dominated by Iran, Russia, and China.

For the CCP, the name of the game is divide and conquer. It’s difficult to go head-to-head with large nations, but if these nations can be fractured into Balkanized bits and dealt with one-by-one, they become easy targets.