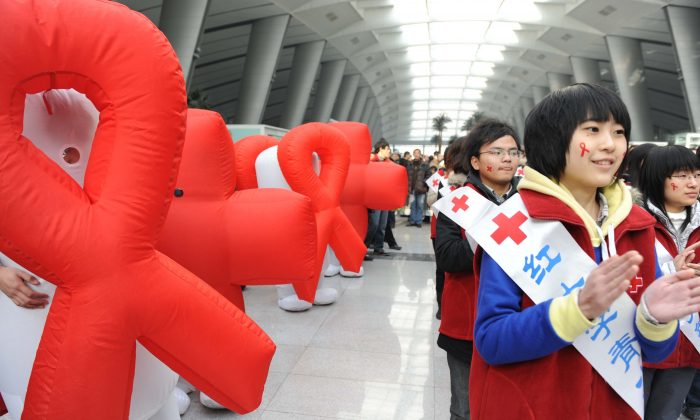 HIV and AIDS are on the rise in China, where authorities have reported more than 40,000 new cases in the second quarter of 2018 alone.

Experts at the Fifth National Conference on HIV/AIDS reported 40,104 new cases of the disease, of which 93.1 percent were transmitted via sexual contact, the state-run China News Service reported Sept. 26. That’s in  contrast with data from about a decade ago, when most cases were the result of unsafe medical practices or drug abuse.

In a Sept. 28 article that analyzed the nature and implications of China’s growing AIDS crisis, commentator Zhou Peng’an identified several major reasons for the recent spread of HIV and AIDS in China:

In April 2010, Chinese authorities lifted restrictions on foreigners entering the country, despite having been diagnosed with diseases such as HIV, venereal diseases, and leprosy. Many of those foreigners came from African countries, more than a dozen of which have the highest HIV infection rates in the world. More than 70 percent of HIV-positive people are in Africa.

China plans to have 500,000 foreign students studying in its primary and secondary schools, and 150,000 in colleges by 2020. According to Zhou’s analysis, the largest source of these students are African countries, with which the Chinese regime is attempting to develop strong economic ties. Many international students are thus HIV-positive, and, in the absence of legal restrictions, are granted entry to China.

Moreover, Zhou wrote, Chinese authorities offer these students heavy subsidies, providing nearly 100,000 yuan (around $15,000) in annual financial aid for each student. In a country where the average salary is less than 30,000 yuan (around $4,300), this allowance is more than enough for them to solicit prostitutes or even set themselves up as “sugar daddies” for Chinese women, Zhou said.

Another form of transmission is homosexuality, a growing trend in Chinese society.

Based on data from last year, in which 993,700 cases and deaths had been reported, and extrapolating from the 40,000 new cases reported in a single quarter this year, Zhou predicted the total number of cases, including ill and deceased, would be 1.23 million by the end of the year.

In December 2015, BBC reported that most new cases are transmitted sexually, which demonstrated a sharp change from the 2000s. As of 2009, AIDS was spread in China mainly via drug abuse and blood transfusions.

HIV and AIDS, Zhou noted, are spreading at a rate several times that of China’s GDP. If not dealt with effectively, the crisis could spiral out of control within a few years.

According to China’s National Health and Family Planning Commission, the proportion of HIV-infected Chinese students aged 15 to 24 increased to 16.58 percent in 2014 from 5.77 percent in 2008.