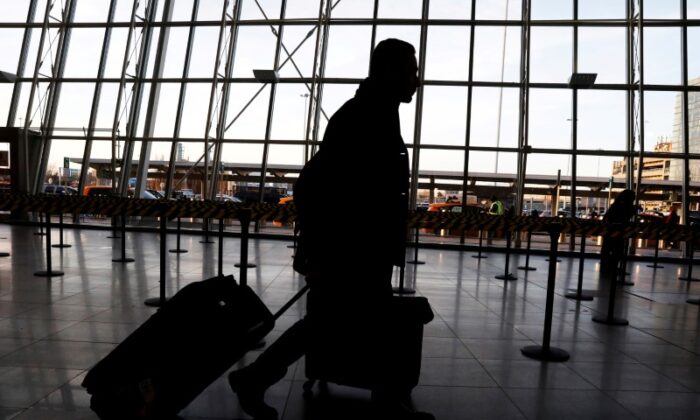 Chinese health authorities reported another 17 patients who tested positive to a new pneumonia virus that has been spreading from central China, bringing the total afflicted to over 60. Researchers, however, suspect the true numbers to be hundreds more.

Of the 17 new Chinese patients, three of them were described as serious and the rest were stable. All except two “critically ill” patients have been transferred to Wuhan Jinyintan Hospital for centralized treatment, according to the notice on Jan. 18.

The disease has killed two people and sickened 62 in the Chinese city of Wuhan, where the virus emerged in December. Outside of China, at least three people—two Chinese tourists in Thailand and a Japanese local—have been found to carry the Wuhan virus. All of them have been to Wuhan, home to 11 million people.

Researchers from Imperial College London’s Medical Research Council Centre for Global Infectious Disease Analysis, which collaborates with the World Health Organization (WHO) for infectious disease modeling, suggested that the number of people infected is far greater than the reported figure.

“[S]ubstantially more” people—as many as 1,723—may have been infected by Jan. 12, according to their study dated Jan. 17. The figure would be higher if patients with mild or no symptoms are factored in, the study added.

They said the situation called for increased monitoring in Wuhan and surrounding Chinese cities.

Chinese officials have not confirmed infections outside of Wuhan, but there have been at least three suspected cases in the southern cities of Shenzhen and Shanghai, according to the South China Morning Post.

An estimated 60,000 to 65,000 passengers fly to the United States from Wuhan each year, with the majority of them going to one of the three airports. The airports see three direct flights from the city every week.

The screening will involve a temperature check and questions for signs such as coughing, difficulty in breathing, and fever. Suspected patients will be put under isolation for further exposure-related investigation. Staff will also conduct specialized testing, which might take a day to see results. Some 5,000 passengers are expected to go through the screenings in the next month.

The U.S. Centers for Disease Control and Prevention (CDC) said they were taking a “very cautious” and “proactive” approach, drawing lessons from past outbreaks. The SARS (severe acute respiratory syndrome) outbreak that arose in China in late 2002 eventually spread to 37 countries and led to nearly 800 deaths.

A preliminary analysis by EcoHealth Alliance, a New York-based research center focused on human and wildlife health, found the Wuhan virus to be “closely related” to the SARS pathogen, called SARS CoV.

The clusters of new cases have triggered alarm in China’s Asian neighbors, prompting Singapore, South Korea, Taiwan, Thailand, Indonesia, Malaysia, and the Philippines to strengthen screening measures ahead of the lunar new year, where many Chinese travelers are expected to fly across Asia.

Nancy Messonnier, the head of CDC’s National Center for Immunization and Respiratory Diseases, told reporters on Friday that they are going to see additional cases arise all around the world as countries step up their guard. She said it’s “highly plausible” to see “at least a case in the United States.”

“The earlier we detect a case, the better we can protect the public, and the more we can understand about this virus and its risk for spread,” Martin Cetron from the CDC said during the conference call.

Both the WHO and CDC did not rule out the possibility that the disease can transmit from human to human.

Chinese health officials in Wuhan have temporarily closed down a local live animal and seafood market in the suburbs after linking it with the infections. After medical observation, authorities have discharged 681 out of 763 people who had close contact with the infected. No additional infections were found among them.

The patients in Thailand and Japan, as well as some of the new Chinese patients, had not visited the market prior to the detection.

In Hong Kong, public hospitals admitted another seven patients who reported pneumonia symptoms, up from 81 suspected cases the day before. Currently, 11 of them remain in isolation. Taiwan and Vietnam are also monitoring four and two suspected patients respectively.