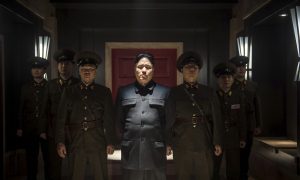 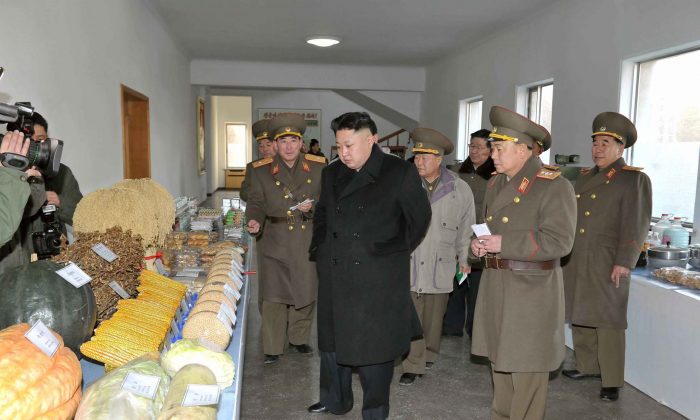 The Chinese regime is using the North Korean regime like a puppet, states a new report from the Congressional Research Service (CRS).

“Indeed, China seemed to have shifted from pressuring North Korea with the military relationship to propping up the DPRK regime’s security and survival,” states the Jan. 5 report. The North Korean totalitarian regime refers to itself as the DPRK (Democratic People’s Republic of Korea).

More than half of the new report on China’s proliferation of weapons of mass destruction and missiles is about the Chinese regime’s relations with North Korea. The CRS is a nonpartisan legislative branch agency with the Library of Congress, which works exclusively for U.S. Congress.

The People’s Liberation Army, which serves to protect the Chinese Communist Party, has called the North Korean regime a “buffer,” according to the report, which keeps United States and Republic of Korea (ROK) forces “below the 38th parallel.”

The 38th parallel is a circle of latitude 38 degrees north of the Earth’s equator that became the approximate border between North and South Korea.

The statement fits into previous—and broadly repeated—analyses that the Chinese regime is trying to prevent the North Korean regime from collapsing, both because it fears that large numbers of refugees will enter China, and more importantly that a collapse of the North Korean regime would lead to a reunification of the Korean peninsula under Seoul’s control.

“The prospect of a U.S. military ally as China’s direct neighbor, and possibly U.S. troops on its borders, is deeply alarming to Beijing,” states an International Institute for Strategic Studies report from August 2013.

Indeed, China seemed to have shifted from pressuring North Korea with the military relationship to propping up the DPRK regime’s security and survival.
— Congressional Research Service

The most recent revelation, from CNN, is that North Korea’s Bureau 121 military hackers have operation bases in Shenyang, China.

Most seriously, however, is the Chinese regime’s programs to support North Korea’s nuclear weapons programs, where it is playing cards on both sides of the table.

“China’s approach has not shown fundamental changes toward Pakistan, Iran, and North Korea,” the report states.

Despite sanctions, North Korea continues to receive equipment for its nuclear weapons programs—some of it from China, designated as “dual-use” (that is, having both civilian and military applications.)

Prior to North Korea’s missile tests in August 1998 and July 2006, the Chinese and North Korean militaries “had high-level contact,” according to CRS.

In recent years, the Chinese regime’s military-military relations with North Korea seemed to be growing colder, but in 2009, China’s military Defense Minister Liang Guanglie visited North Korea for five days and reportedly recalled that he was a veteran of the Korean War in which PRC-DPRK friendship was “sealed in blood.”

The prospect of a U.S. military ally as China’s direct neighbor, and possibly U.S. troops on its borders, is deeply alarming to Beijing.
— International Institute for Strategic Studies

While the Chinese regime uses North Korea on a political and military level, however, it appears to have many problems with the North Korean regime on a social level.

There have been a series of murders by North Koreans who cross the 880-mile border into China—allegedly to steal food and money. Four Chinese citizens were shot and killed by a North Korean soldier in China’s Nanping Village in Jilin Province.

Close to 20 villagers from Nanping have allegedly been killed by North Koreans in recent years, according to Bloomberg News, citing an unnamed senior official.

The Chinese regime is now sending civilian militia to help secure its border with North Korea.

The move may not solve the underlying problem—and in any case may be helpful to the North by capturing any escapees.

The civilian patrols are similar to guard posts established by the Chinese regime in 2003. According to CRS, it began in August 2003 when Wen Wei Po, a Hong Kong newspaper with links to the Chinese regime, printed an article questioning whether China’s support for North Korea still served the Chinese regime’s interests. “China took steps that appeared to pressure North Korea, including using the PLA.”

Soon after, in September 2003, China replaced its paramilitary police with military soldiers along the North Korean border, and began constructing fences. Even then, however, it all appeared to be part of the show.

In a 2004 report to Congress, the U.S. Department of Defense said that China “avoided taking real steps to pressure North Korea.” It stated the move was “a potential hedge against uncertainty” and that China would use it more to stop “refugee flows or respond to a breakdown of the North Korean regime.”

It appears that the Chinese regime has created a monster it can’t fully control, yet as the old Chinese saying goes, “He who rides a tiger is afraid to dismount.”

A professor at Peking University and a close observer of the Chinese regime’s policies warned in February 2010, according to CRS, “that Beijing would not accept an implosion in Pyongyang or watch passively if other countries gain political and military control in North Korea.”