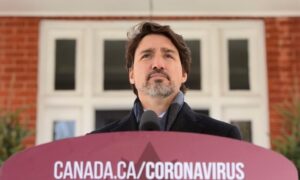 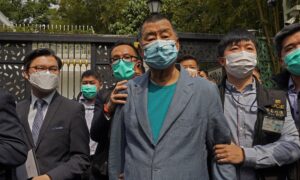 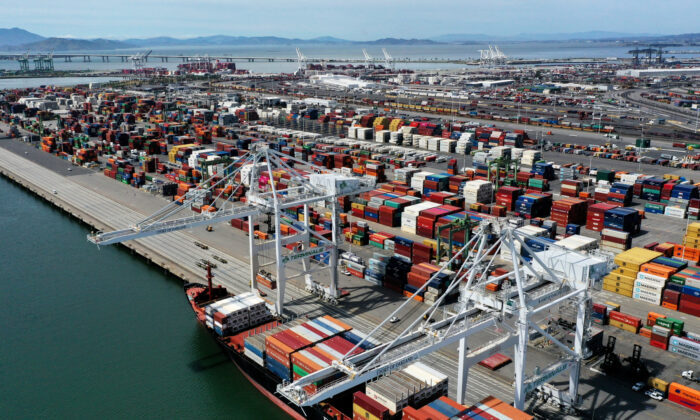 A container ship sits at the Port of Oakland on April 29, 2020 in Oakland, Calif. (Justin Sullivan/Getty Images)
China

China is promoting both its political and economic model around the world in an effort to gain greater global legitimacy for the Chinese Communist Party’s leadership and long-term ambitions, academic, and other experts said last week.

The analysts gathered online to testify before the U.S.-China Economic and Security Review Commission (USCC).

“Whether due to conviction or expediency, China has increasingly used its international influence to gain global acceptance for an alternative China-oriented-and-influenced governance model,” said Commissioner Jim Talent, a Republican who formerly represented Missouri in the U.S. Senate.

“China’s leaders are intent on strengthening what they call discourse power, or the ability to dominate the discussion of sensitive issues and lead the formulation of concepts and norms underpinning the international system,” he added.

The USCC was established by Congress in 2000, at a time when policymakers and politicians alike were viewing China’s impending entry into the World Trade Organization (WTO) as both an opportunity and a threat.

China ultimately joined the world trade body in December 2001. The subsequent years have brought tremendous growth to the Chinese economy, and the expansion of a middle class approximately the size of the population of the United States.

China’s official narrative on its new status as an upper-middle-income country, as designated by the World Bank, is carefully worded to justify the Chinese Communist Party’s (CCP) tight grip on the Chinese people. The regime’s posture is that the current international order still “unfairly” supports a dominant Western world, led by the United States, according to Nadège Rolland, senior fellow at the National Bureau of Asian Research.

“Today, as a result of its growth and development,” China has a problem with the “perceived discrepancy” between its newly found “material power and its international status and influence,” Rolland said.

China, a one-party authoritarian state, uses a twisted concept of democracy to lobby for a more influential role in the world, the analyst suggested.

The communist-led nation is promoting the idea of “greater democracy in international relations,” which would increase a nation’s influence in world affairs in proportion to its material power, Rolland said.

By that formula, China believes that its influence should rise, and “the role and influence of the West should decline,” she said.

But China’s desire for greater status and influence on the international stage has a purpose, according to Elizabeth Economy, China expert with the Council on Foreign Relations, and that is to export its “China model” to countries that by nature are more sympathetic to the CCP’s perspective than Western democratic countries.

Economy suggests that the export of its model by definition includes the export of China’s “norms and values,” and as such, creates a wider base throughout the world in favor of its policies.

It’s exactly those norms that China is eager to export, Rolland says, because of their incompatibility with values commonly associated with liberal, Western democracies.

“The existing [world] order is rooted in norms intrinsically antagonistic to the organizing principles on which the CCP system is based and are thus an enduring threat to the regime’s legitimacy,” she said.

Rolland had previously testified that “the CCP blames the global promotion of ‘so-called universal values’ for conflict and disruption worldwide—an obvious reflection of its own survival anxieties.”

Implications for Decoupling US, Chinese Economies

When asked by Commissioner Michael Wessel if “we are going to be on two very separate paths, where it’s going to be China and its orbit, versus the United States and its orbit,” Rolland pointed out one of Beijing’s major concerns, especially following the CCP virus pandemic.

“One way to think about this is to understand that one of the current concerns from Beijing is to keep the global economy open,” Rolland said.

“The discussion about decoupling, I think, it’s very, very threatening to Beijing,” she continued.

“Yes, they would like to have countries in their orbit but they would still like the economy to be open so they can have access to intellectual property, markets, and technology. It sounds paradoxical, but China’s economy cannot work without open markets.”

The paradox Rolland refers to is that China wants to keep access to its own markets closed.

A Conflict of Ideologies

Commissioner Larry Wortzel, a renowned expert on China and China’s military, focused on the question of ideology.

“For me, ideology is a set of beliefs, values, or ideals that form the basis of economic theory, political behavior, and state policy,” he said.

Mentioning that he had heard analysts during the hearing call the ideology of the People’s Republic of China “authoritarian capitalism,” and “international socialism,” he noted one expert appeared to shy away from calling Beijing’s behavior ideological.

“It’s important to me,” Wortzel continued, “that by denying or failing to acknowledge that this is an ideological challenge has the potential for muting both how Congress responds to it, how the executive responds, and how the American people respond.”