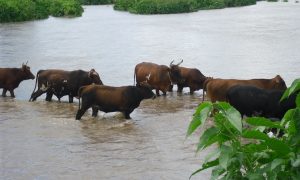 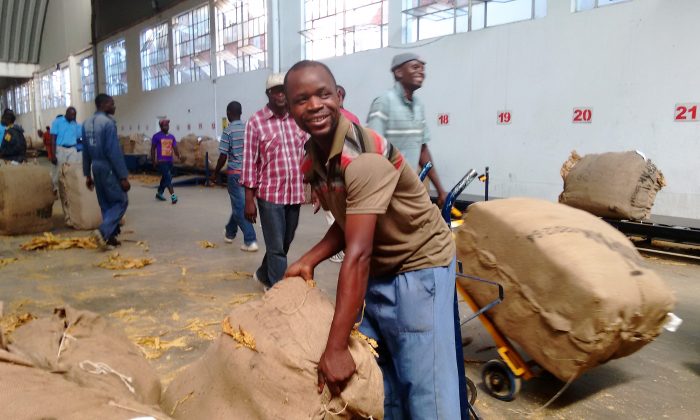 A tobacco worker in Zimbabwe in a file photo. (Courtesy Kenneth Matimaire)
Africa

MUTARE, Zimbabwe—Chinese investors are investing millions of dollars into the farming sector in Zimbabwe— particularly tobacco farming—sparking experts to warn of a new agro-imperialism by Beijing.

Zimbabwe’s then-President Robert Mugabe seized millions of hectares of prime agricultural fields from white commercial farmers under a controversial land reform program, which started in 2000, and distributed the land to the indigenous black people.

The chaotic land reform program brought the country’s farming industry to its knees. Ultimately, the whole economy, which was anchored on agriculture, collapsed. And Chinese investors have been eyeing the country’s lucrative farming sector, especially tobacco.

Besides investing in contract farming with local small-scale farmer, there are now Chinese-run farms in Zimbabwe, with investments running into millions of dollars, particularly in the Mashonaland Central province.

Local politicians, however, are concerned that the growing interest from China in the country’s agricultural sector might lead to large-scale land grabs by big Chinese companies with interests in exports.

Harry Peter Wilson, leader of the Democratic Opposition Party (DOP), told The Epoch Times that the Chinese shouldn’t be taking over farms in Zimbabwe.

“We don’t need a new breed of land invasions. It can’t work. The land belongs to Zimbabweans. We should not reverse our gains of the political struggle and liberation war,” Wilson said.

He said the government was allowing access to “the worst nation on this planet,” which was breaking Zimbabwe’s laws with impunity.

Wilson ran his 2018 presidential election campaign in Zimbabwe with a message of banning the importation of cheap Chinese goods to boost the manufacturing industry in the country.

“They [Chinese] will use all methods which are against the law but get away with it. They will communicate in their own language and use Zimbabweans as slaves,” Wilson said, adding that the language barrier was problematical.

China is investing more in tobacco farming in Zimbabwe, but Wilson said the country needs food.

“We don’t need tobacco. We need food on our tables.”

He said Zimbabwean farmers have been successful in other countries such as Zambia, Malawi, and South Africa, where they are among the largest farm producers, and there was no need to allow the Chinese to run farms in Zimbabwe.

“Look who’s running these farms [in neighboring countries], not whites only but with black Zimbabwean partners. The government has gotten many things wrong,” he said.

In an interview with The Epoch Times, Clayton Masekesa, a Zimbabwean journalist, said the biggest problem is that most farms in Zimbabwe are in the hands of politicians who don’t possess any farming knowledge.

“At the end, the land will be parceled out to certain ‘investors,’ in this case, the Chinese. It is pointless to have these [Chinese-run] farms in Zimbabwe under the current situation,” Masekesa said.

Besides Zimbabwe, China has also been investing in agriculture in other countries in Africa.

China’s interest in African agriculture may not solely be motivated by money, according to some experts.

In 2016, Peter Wadhams, a climate scientist at the UK’s University of Cambridge, told the Climate News Network that China is preempting potential threats caused by changing weather patterns to the world food supply by acquiring large areas of land around the world to grow crops for its own people.

However, Wadhams warned that the Chinese are introducing industrial agricultural practices that damage the soil, water supply, and rivers.

“China is positioning itself for the struggle to come—the struggle to find enough to eat. … By controlling land in other countries, they will control those countries’ food supply,” he was quoted as saying.

In a recent article in The National Interest magazine, South Sudanese international policy consultant Akol Nyok Akol Dok and author Bradley A. Thayer warned that “China is in Africa now, not to advance Maoism, but to control its resources, people, and potential.”