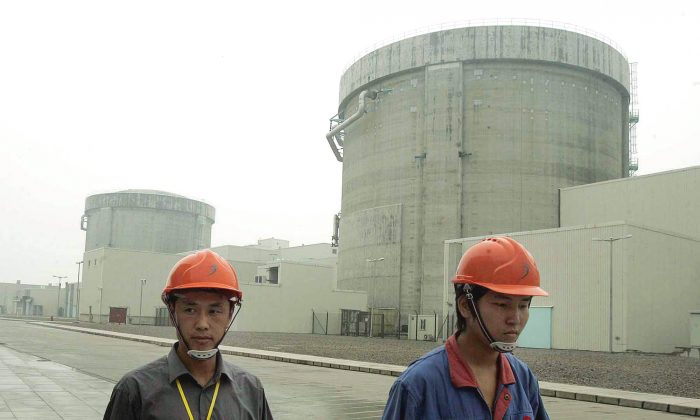 China National Nuclear Power Corp., one of China’s biggest state-owned operators of nuclear power plants, is readying a $2.6 billion initial public offering that could be the biggest onshore share offering in years.

While China Securities Regulatory Commission granted approval for the IPO on May 14 in a Web posting, no official date was released for the share sale.

The company is one of two state-controlled nuclear operators that together run 90 percent of the nation’s nuclear power plants. China National Nuclear Power Corp. (CNNPC) was created in 2011 to develop, own, and operate power plants following the restructuring of China National Nuclear Corporation, a state-owned entity, which controls most of the nuclear sector R&D, engineering, and design for China.

CNNPC plans to issue 3.89 million shares for $2.6 billion on the Shanghai Stock Exchange, which would makes its IPO the biggest Chinese domestic IPO since China Everbright Bank Ltd. in 2010. The IPO will decrease China National Nuclear Corporation (CNNC)’s ownership in the company from 97 percent to around 70 percent, according to World Nuclear Association data.

The decision is part of Beijing’s recent push to bolster nuclear power capabilities and rein in pollution. In a 2014 report, Premier Li Keqiang named nuclear power as an alternative energy source being considered to lessen Beijing’s reliance on fossil fuels and help cut carbon emissions.

According to the International Energy Agency, nuclear power contributes only 2 percent of China’s power generation. China, the world’s top carbon emitter, receives around 64 percent of its primary energy from fossil fuel sources, according to Bloomberg data.

CNNPC’s IPO becomes a key part of China’s planned push into nuclear power. According to the country’s securities regulator, CNNPC plans to use the $2.6 billion raised to finance the construction of 10 nuclear reactors.

A few red flags surfaced for CNNPC prior to receiving the go-ahead for its stock offering.

Four executives at a finance subsidiary of CNNPC allegedly set up slush funds to finance personal expenditures such as overseas travel, consumer cards, and other benefits. The four executives were downgraded to low-level positions at the company.

As CNNPC transitions from a state-owned company to a publicly listed company subject to more transparency and regulatory oversight, such corruption cases could become a drag on the company’s financial performance.

In other words, CNNC retains military research and production mandates, and its relationship with CNNPC means that its nuclear generation capabilities could have dual-application in military and civilian usage. This could violate the international nuclear Non-Proliferation Treaty, which China signed and ratified.

According to the China Environment Forum, a lack of resources, technology, and training is constraining China’s nuclear power plant growth projections: “Despite improvements to hardware—more simplified and advanced reactors—there may be a shortage of software. There’s also an ongoing staff shortage in China, as it typically takes four to eight years for a college graduate to master the safety and technical skills of operating a nuclear reactor.

But for China, moving reactors further inland is also no panacea. Many Western provinces suffer from earthquakes and frequent droughts, jeopardizing access to water as a necessary coolant.