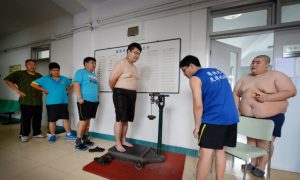 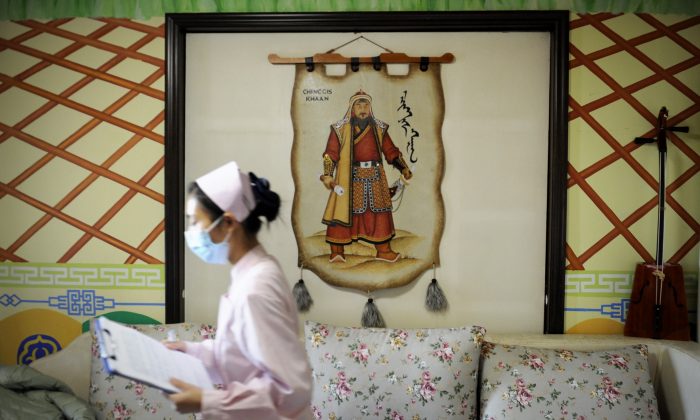 A nurse walks past a portrait of Genghis Khan, founder and Great Khan of the Mongol Empire, in a maternity ward at Antai Hospital in Beijing, China, on Nov. 28, 2012. (Wang Zhao/AFP/Getty Images)
China

In China 46 percent of babies are delivered by cesarean section, a much higher rate than the 15 percent recommended by the World Health Organization (WHO). Not only does this place China as the world’s No. 1 country for C-section births, Beijing even surpassed this rank last year with 51 percent of expectant mothers opting for cesarean deliveries.

Zhao Tianwei, director of Mary’s Hospital for Women and Infants and an expert in cesarean techniques, told the Beijing News that it’s difficult for Beijing to lower its cesarean percentage. “Unlike other regions, Beijing has big hospitals to which pregnant women with complications are transferred. It is thus hard for its cesarean percentage to decrease.”

Netizens offered a more mercenary reason for the high percentage.

“A vaginal delivery costs US$92, while a cesarean delivery costs 10 times that. Which do you think a doctor will recommend?” a person from Taiyuan City, Shanxi province asked in an online post.

Another person from Shenzhen in Guangdong Province said: “It’s all because the hospital wants to make profits. When my wife gave birth to our daughter at our county hospital, 70 percent of the pregnant women had cesarean deliveries. Doctors often threaten relatives of the pregnant woman that a vaginal delivery involves risks. A cesarean delivery costs $400, while a vaginal delivery $108. That’s a big gap.”

In a 2007 report, the WHO said it expects this trend to continue as rising incomes in China and improved access to medical technology impact the Chinese health care system. It also acknowledged that “profit-motivated institutions may provide implicit or explicit encouragement for such [C-section] interventions.”

Given the official one-child policy enforced by China’s ruling Party, Chinese women are delaying pregnancies and often turn to gender-selecting abortions. The Associated Press said earlier this year that state media reported an estimation of 13 million annual abortions in China; but such official statistics include only hospital-performed abortions.