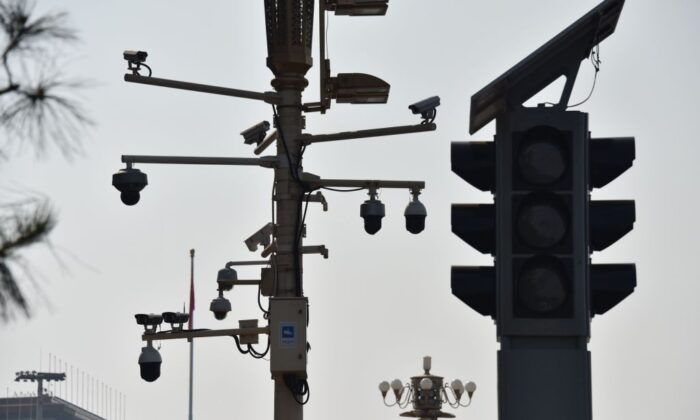 Surveillance cameras are seen on a corner of Tiananmen Square in Beijing on Sept. 6, 2019. (Greg Baker/AFP via Getty Images)
By Frank Fang