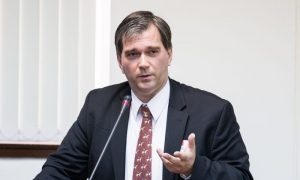 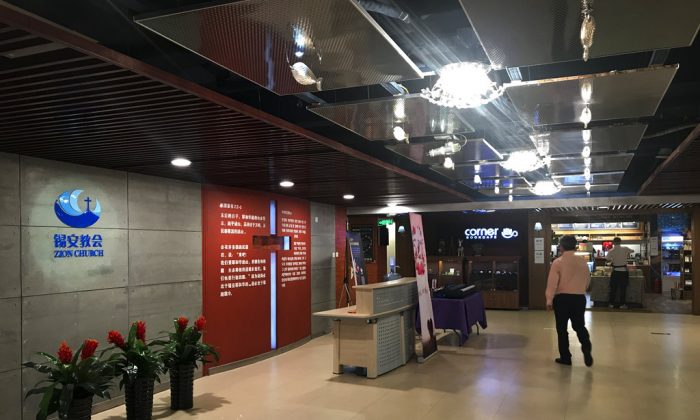 A man walks into the Zion church in Beijing on May 21, 2018. (Andy Wong/AP)
China Human Rights

BEIJING—The Chinese regime is ratcheting up a crackdown on Christian congregations in Beijing and several provinces, destroying crosses, burning bibles, shutting churches, and ordering followers to sign papers renouncing their faith, according to pastors and a group that monitors religion in China.

The campaign corresponds with a drive to “Sinicize” religion by demanding loyalty to the officially atheist Communist Party and eliminating any challenge to its power over people’s lives.

Bob Fu of the U.S.-based group China Aid said over the weekend that the closure of churches in central Henan Province and a prominent house church in Beijing in recent weeks represents a “significant escalation” of the crackdown.

“The international community should be alarmed and outraged for this blatant violation of freedom of religion and belief,” he wrote in an email.

In recent years, Chinese religious believers are seeing their freedoms shrink dramatically. Fu also provided video footage of what appeared to be piles of burning bibles, as well as a stack of forms stating that the signatories had renounced their Christian faith. He said that marked the first time since Mao’s radical 1966-1976 Cultural Revolution that Christians had been compelled to make such declarations, under pain of expulsion from school and the loss of welfare benefits.

A Christian pastor in the Henan city of Nanyang said crosses, bibles, and furniture were burned during a raid on his church on Sept. 5.

The pastor, who asked not to be identified by name to avoid repercussions from authorities, said several people entered the church just as it opened its doors at 5 a.m. and began removing items.

He said the church had been in discussions with local authorities who demanded it “reform” itself, but no agreement had been reached or official documents released.

Chinese law requires religious believers to worship only in congregations registered with the authorities, but many millions belong to so-called underground or house churches that defy government restrictions.

In Beijing, the Zion church was shut on Sept. 9 by around 60 government workers who arrived at 4:30 p.m. accompanied by buses, police cars and fire trucks, the church’s pastor, Ezra Jin Mingri, said on Sept. 10. Zion is known as the largest house church in Beijing, with six branches.

The officials declared the gatherings illegal and sealed off church properties, Jin said, after already freezing the pastor’s personal assets in an apparent attempt to force him to comply with their demands.

“Churches will continue to develop. Blocking the sites will only intensify conflicts,” Jin told The Associated Press by phone.

A notice posted on Sept. 9 on the website of the Chaoyang district government in Beijing said the Zion Church had been closed because it failed to register with the government.

Since April, after they rejected requests from authorities to install closed-circuit television cameras in the building, the church has faced growing pressure from the authorities and has been threatened with eviction, according to Reuters.

All of China’s officially recognized religions appear to have been affected by the crackdown.

Practitioners of a peaceful meditation practiced called Falun Dafa have also been undergoing brutal persecution at the hands of the CCP since 1999, leading numerous reports of extrajudicial detainment in labor camps, horrific torture, and forced organ harvesting.

An estimated 1 million Uyghurs and other members of Muslim minority groups in the country’s northwest have also been arbitrarily detained in indoctrination camps where they are forced to denounce Islam and profess loyalty to the Communist Party.

The government says it is taking necessary measures to eliminate extremism, but denies setting up the camps.

China has an estimated 38 million Protestants, and experts have predicted that the country will have the world’s largest Christian population in a few decades.

By Christopher Bodeen. The Epoch Times contributed to this report.