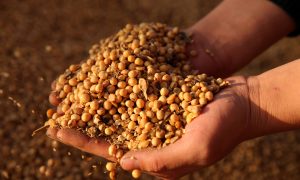 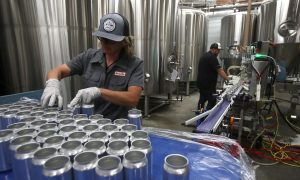 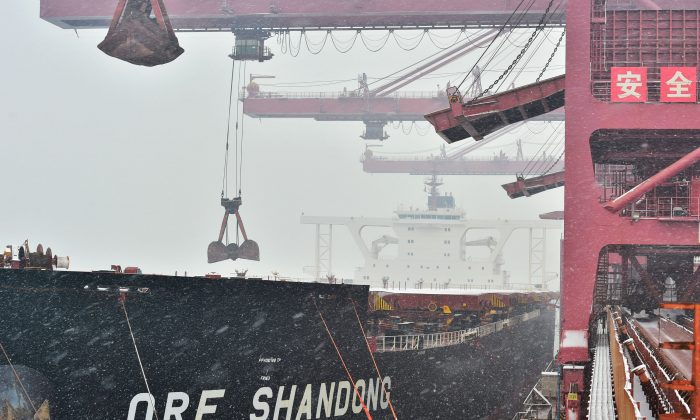 China has announced import tariff reductions on more than 700 goods starting from Jan. 1, in a new round of tariff cuts aimed at opening the economy amid trade tensions with the United States.

Import tariffs on so-called alternative meals, which include rapeseed meal, cotton meal, sunflower meal, and palm meal, will be removed from Jan. 1, 2019, according to a statement published by the finance ministry on its website on Dec. 24.

Earlier this year, China virtually stopped all importing of U.S. soybeans after it slapped the United States with 25 percent retaliatory tariffs in the Sino-U.S. trade war. The move affected the supply of livestock feed, given soybean is a key component of edible meal for animals.

China resumed some purchases of U.S. soybeans in a concession, following a temporary trade truce after a meeting between President Donald Trump and Chinese Leader Xi Jinping on Dec. 1. Despite the truce tariffs on the oilseed from America still remain in place. The removal of import tariffs on alternative meals could help improve the reliability of animal feed meal supply in China, analysts said.

“This is basically getting ready for a rainy day, as commercial purchases of U.S. soybeans haven’t kicked off and, so far, it’s been just the state-owned firms that have done the buying,” said Monica Tu, analyst with Shanghai JC Intelligence Co. Ltd.

“Though the volume of alternative meal imports is not that huge, they can substitute soy. [The tax removal] is basically offering end users more options.”

The United States is the second-largest soybean supplier to China and that component of the trade between the countries was worth $12 billion in 2017.

China brings in soybeans to crush into meal for animal feed and cooking oil. The country has the world’s largest pig herd.

Import tariffs for materials used in some pharmaceutical goods will also be slashed to zero, according to China’s Ministry of Finance.

The country will also scrap export tariffs on 94 products from the New Year, including fertilisers, iron ore, coal tar, and wood pulp. Tariffs for these goods are currently set at 40 percent.

It will also further cut most-favoured-nation tariffs on 298 information technology products from July 2019. The statement did not give further details.

While tariff cuts will apply to U.S. products, most goods will still be subject to retaliatory tariffs as the two countries negotiate to resolve their disagreements over trade.

The tariff announcement comes after the U.S. and China conducted a new round of trade talks on Dec. 21, at which both parties achieved “new progress”, according to China’s Ministry of Commerce.

The two countries held vice-ministerial level talks via teleconference, and engaged in a “deep exchange of views” on trade imbalances and the protection of intellectual property rights, a Dec. 23 statement on the commerce ministry’s website said. Both issues are key concerns the United States pressed for amid the trade war that engulfed the two countries for most of 2018.

The statement also said the two sides discussed arrangements for the next call and future visits. The talks followed an earlier call on Dec. 19, announced by the ministry in a brief statement the same day.

The United States has not yet commented on the latest round of trade talks.

The two countries are negotiating stronger Chinese protections for U.S. intellectual property, an end to forced technology transfers, and greater market access to China for U.S. companies. If an agreement is not reached by March 1, the United States will proceed with a planned tariff increase from 10 to 25 percent on $200 billion worth of Chinese goods.