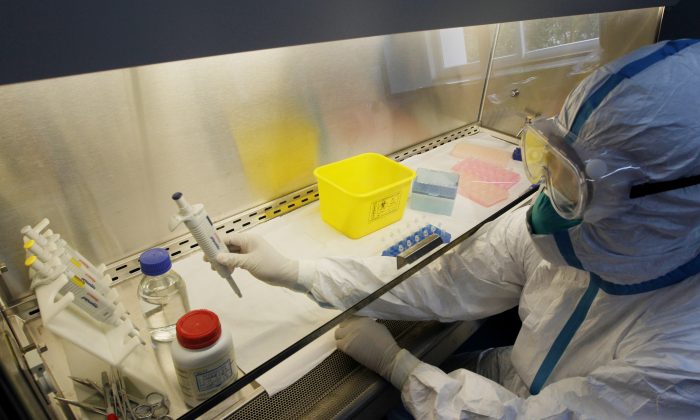 Officials have confirmed two cases of anthrax in northern China, including one death in early August.

One of the patients was a 14-year-old student who died on Aug. 6. The other patient was a 35-year-old male who had made contact with the student’s family.

The student’s early symptoms included fever, fatigue, vomiting, diarrhea, and convulsions on July 28. On the same day, he received initial treatment in his village clinic. Two days later, his symptoms expanded to include sudden unconsciousness, lockjaw, and neck stiffness, while he received intravenous fluids in the village clinic. On the following day, he was transferred to a local hospital, and died later, on Aug. 6.

Experts drew a preliminary conclusion that the teenager had died from intestinal or meningitis anthrax, China CDC Weekly reported.

An investigation found that the 35-year-old man had slaughtered a sick cow in the student’s residence on July 25. The cow’s internal organs sent out a peculiar smell and had black blood.

The local health care authority identified the older patient as a suspected case on Aug. 8 and later diagnosed his condition as skin anthrax. He’s currently under quarantine treatment in a specialized hospital.

The provincial Center for Disease Control and Prevention (CDC) placed all close contacts under a 12-day quarantine. The authority further applied preventive medications to more than 4,700 close contacts. No additional cases were identified as of Aug. 24.

During the month of August, similar cases in other provinces also made media headlines.

On Aug. 8, the Beijing CDC announced a case of anthrax inhalation in a resident from Chengde, Hebei Province. The patient had a history of close contact with livestock.

On Aug. 12, the CDC of Wenshui County, Luliang, Shanxi Province, reported suspected anthrax cases in nine residents of Baoxian Village, who developed blisters, edema, lymphoma, and pimples on their limbs.

Anthrax is a life-threatening infectious disease caused by the bacterium Bacillus anthracis, usually transmitted from domestic or wild animals. Although rare, humans can get anthrax if they come into contact with infected animals’ skin, fur, or meat.

Mail handlers, military personnel, and response workers could also be exposed to the disease in the event of a bioterrorist attack, according to the U.S. CDC.