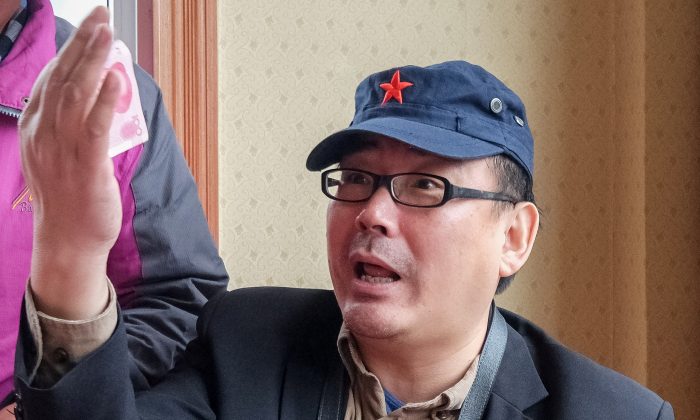 Yang Hengjun, author and former Chinese diplomat, who is now an Australian citizen, gestures in an unspecified location in Tibet, China, sometime in mid-July, 2014. (Reuters)
Australia

His lawyer Rob Stary said it was still unclear what the spy charges related to.

“We think it relates to espionage on behalf of Australia, but it’s not specified on the charge sheet,” Stary told AAP on Tuesday.

“We’d obviously be disturbed by that if it was the allegation, because there is absolutely no foundation for it at all.”

Fairfax reported in April that Yang had been questioned by a Chinese government official in Sydney in 2018 about a classified report John Garnaut, a former government security adviser, wrote for the Turnbull government on Chinese state influence in Australian politics.

The Chinese-born writer was detained in Guangzhou earlier this year after flying into China from New York.

“He’s a blogger and that’s what he does, he’s an academic, he’s of a different ilk,” he told AAP.

“He had been active and he’s been politically active in promoting democratic values. That’s the basis of it, as we understand.”

Earlier reports said that Yang had also previously worked in different arms of the CCP, including the Ministry of Foreign Affairs in the United States and Hong Kong before he settled in Sydney with his family.

The Chinese language NTD report also said that Yang’s wife, Yuan Xiaoliang, who goes by the pen names Yuan Xiaoyu and Yuan Ruijuan, was a well-known “50 cent party” commentator, often praising the CCP and attacking Western democracy and freedom before her husband’s arrest. The “50 Cent Army” is a massive group of freelance online agitators hired by the CCP to scour the web, harass dissenters, and “guide public opinion” in favour of the regime. They are reportedly paid 0.5 yuan for each post they make online that defends the regime or attacks its critics.

According to the report, Yuan published an article last May saying that she had moved to the United States and enrolled her children in New York schools. She declared that she was there to “work against America for life.”

She also once argued that “the people’s democratic dictatorship” is also “democracy,” and boasted that “the next generation will have to reincarnate as an American, and will run for the U.S. president and introduce a Chinese-style political consultation system to American society.” She had 430,000 followers on Weibo—China’s Twitter equivalent.

She has since been criticized by Chinese netizens for pleading to Western countries to save her, the report said.

The Department of Foreign Affairs has been contacted for comment.

By Daniel McCulloch. NTD Television contributed to this report.