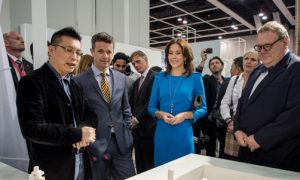 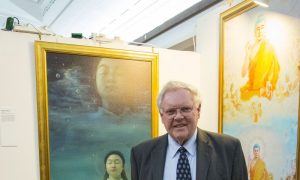 Police and Crime Commissioner Shows his Sensitive Side
0 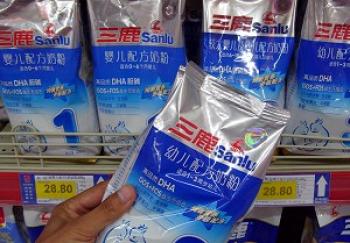 On September 11, China’s Ministry of Health reported that a tainted baby formula had been linked to kidney stones in dozens of infants and one fatality.

The tainted product was produced by the Sanlu Group, China’s largest milk powder producer. The Sanlu Group also admitted on September 11 that 700 tons of its baby formula was tainted with melamine, a toxic chemical used in plastics that contaminated pet food last year.

Su Changsheng, company manager of the Sanlu Group was quoted on a leading Chinese business magazine website, Caijing, that they had known about the contamination on August 6 but refrained from telling the public because some grocers refused to return the tainted powder.

Xinming.net reported that some dairy farmers have deliberately added melamine into their milk supply to yield a higher protein content and make a larger profit.

According to a September 12 article in state-controlled Xinhua, Sanlu—a well-known Chinese brand—had its baby formula exempt from state inspection because it had been the top selling product for 15 years since 1993.

On September 2, state-controlled China Central Television (CCTV) broadcast the first episode of a series titled “Made In China.” The program featured the Sanlu baby formula and claimed that the product the company used 1,100 quality assurance tests during production.

The U.S. Food and Drug Administration (FDA) warned American consumers on September 11 to avoid all Chinese-manufactured infant formula. Although Chinese formula is not approved for import into the United States, it might still be sold at ethnic grocery stores.