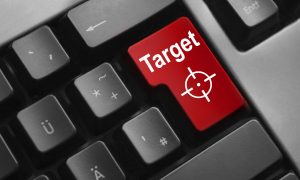 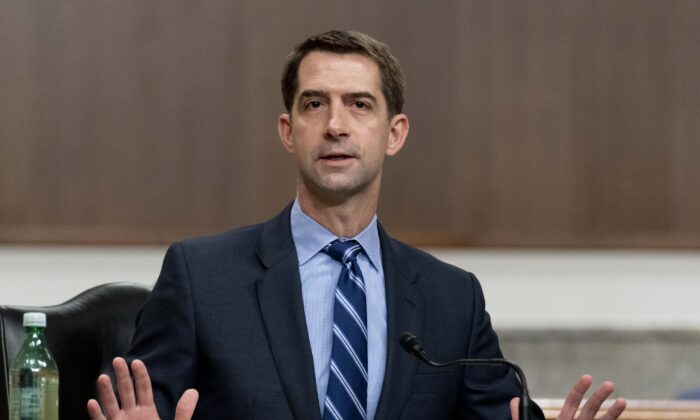 China and US: Will Cyberwar Lead to All-Out War?

Will the recent Beijing-backed cyberattacks directed at the United States result in war? This is the very question the American economist David P. Goldman recently asked. It’s an important, even existential, question to ask, and a very difficult one to answer.

Last month, however, President Joe Biden warned that the recent cyberattacks, which included the hacking of U.S. government agencies and infrastructure, may very well result in a “shooting war.”

“I think it’s more likely we’re going to end up—well, if we end up in a war, a real shooting war with a major power, it’s going to be as a consequence of a cyber breach of great consequence,” Biden continued.

That “major power” is, of course, China.

As Goldman notes, Biden’s “remarks were made available in a text circulated by the White House press office.” They weren’t the product of a “spontaneous outburst.” They were deliberate. Also, they were necessary. In late July, the United States and a number of its allies criticized the Chinese regime for attacking Microsoft. Criticisms directed at China are nothing new. One assumes that it will take a lot more than harshly worded statements to deter Xi Jinping and his communist colleagues.

What Does China Want?

When it comes to all-out technological warfare, as cybersecurity expert Nicole Perlroth has noted, the Chinese regime has become increasingly sophisticated. The most recent attacks reflected a sophistication that, in the past, was sorely lacking.

As Perlroth writes, “they [the attacks] reveal that China has transformed into a far more sophisticated and mature digital adversary than the one that flummoxed U.S. officials a decade ago.” The Chinese regime, once known (and ridiculed) for conducting “relatively unsophisticated hacks of foreign companies, think tanks, and government agencies,” is displaying a more refined approach to cyber warfare. Long gone are the days of sloppy “spearphishing emails,” Perlroth writes.

Today, the regime is “perpetrating stealthy, decentralized digital assaults of American companies and interests around the world.” The units of the People’s Liberation Army (PLA) once responsible for the sloppy emails have been replaced by “an elite satellite network of contractors at front companies and universities that work at the direction of China’s Ministry of State Security.”

Although it’s difficult to pin down when exactly China became a genuine cyberthreat, the country’s rise to hacking prominence can be traced to 2015, around the time Xi made his first visit to the White House. Just before he arrived, the Obama administration threatened to hit China with a host of sanctions. The threats came after Chinese hackers attacked the U.S. Office of Personnel Management, making off with more than 22 million federal personnel records. The Obama administration barked, but it failed to bite. The hackers, clearly emboldened, would come back, again and again.

By 2018, with Donald Trump then in office, as Perlroth writes, U.S. intelligence officials had noted a profound “shift.” The cyberattacks had become even more sophisticated in nature, and the hackers now worked “at the behest of the Ministry of State Security,” a branch of the government known for handling intelligence and security issues. The new recruits included “engineers who worked for some of the country’s leading technology companies.”

Perlroth wonders whether these new recruits were moonlighting for the state, or if they had little option but to do “whatever the state asked” of them. The question is a rather redundant one to ask. Whether or not they were recruited fairly is beside the point. These experts have proved to be highly effective.

As researchers at the RAND Corporation have warned, cyber warfare is much more than just computers and codes. It’s “strategic warfare in the information age,” comparable to “nuclear warfare in the 20th century.” In other words, as the researcher Lyu Jinghua has argued, “cyber warfare has much broader significance to national security.” It “involves competition in areas beyond the military, such as the economy, diplomacy, and social development.”

A cursory glance at China’s military strategy gives us an idea of the Chinese regime’s intentions going forward. It wishes to foster “cyberspace situation awareness,” as well as “cyber defense, support for the country’s endeavors in cyberspace, and participation in international cyber cooperation.” The last part, “cyber cooperation,” is particularly amusing. Along with the Russians, the Chinese Communist Party (CCP) is the biggest cyber antagonist in operation. The CCP is known for many things, but cooperation is not one of them.

With the regime’s desire to become a dominant cyber power, expect the attacks to continue. The stealing of intellectual property, something the Chinese regime excels at, will play a significant role in advancing China’s cyber capabilities. Which brings us back to Goldman’s question: Will cyber conflict result in physical conflict?

While we can’t answer this question definitively, the United States and its allies must address the Chinese threat with more than just strong language. In the not-so-distant future, the prospect of physical conflict, be it in the Indo-Pacific region or elsewhere, may very well become a brutal reality.