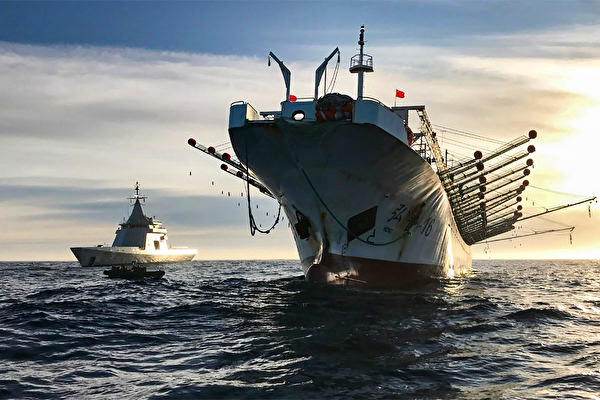 China and US Heading Into ‘Long Period’ of Naval Competition: Expert

The United States and China are entering a period of prolonged naval competition and possible conflict, according to one expert.

Bruce Jones, a senior fellow at the Brookings Institution, said that American and Chinese leadership had learned from history that the greatest world powers required powerful navies and that the two were competing for maritime dominance.

“It’s very striking when you look back at the history of empires in the modern period,” Jones said during an interview with NTD, a sister media outlet of The Epoch Times, airing on Sept. 10.

“What you see is that, for most of the last several hundred years, the state or empire or nation that was able to dominate world affairs most successfully was the state or nation or empire that had the largest and most effective navy in the world.”

A key reason for this, Jones said, was that great powers required great resources, and the vast majority of resources, which power the economies of China and the United States, depend on the sea.

“Ninety-three percent of all data in the world moves on undersea cables,” Jones said. “About 85 percent of world trade moves by oceangoing container ship and bulk carriers.”

“If you can dominate the world’s oceans, it really gives you an extraordinary influence on global affairs.”

Jones said that global trade is so interconnected currently that when one power grows economically, so does another. Thus, when the United States is prospering, China is, too, and vice versa.

While being a mutual boon in amicable relations, such a system presents real challenges in times of increased hostility and competition.

“We devote huge amounts of our resources to protecting the flow of commerce in the western Pacific, the primary beneficiary of which is China, which is now our largest rival,” Jones said. “And so there’s this very odd … kind of contradictory logic between the global trade regime that we all work in and the mounting geopolitical tensions and naval tensions that are the reality of our time.”

“Those realities don’t change just because we now have these geopolitical tensions. And I worry that we are underestimating the contradiction … and not adequately preparing for the costs and consequences of what I think is likely to be increasingly militarized competition and potential clashes between ourselves and the Chinese.”

Despite this mutual economic dependence, Jones said that the Chinese Communist Party (CCP), which rules China as a single-party state, could continue pursuing actions and policies that risk conflict between it and the United States.

Because the CCP is focused on consolidating its power, he said, its leadership may not care about potentially catastrophic conflict as much as the United States.

“If you’re a rising power and you’re consolidating your power base, you might not be very interested in containing [a] crisis,” Jones said. “You might be quite interested in pushing the envelope on things.”

“If China wants to provoke a war, all the diplomacy in the world isn’t going to stop them from doing that. What I’m interested in right now is in things that can help us avoid things escalating out of control when nobody’s intending for that to happen.”

With that in mind, Jones said that the CCP would continue its naval buildup in the hopes of one day being able to wrest control of the seas and, with it, global commerce from the United States. As such, he anticipated a prolonged and tense competition for control of the seas in the coming years.

“I see, for a long period of time, intense competition in the naval domain between the top naval powers with ourselves and the Chinese obviously being the top two in that space.”