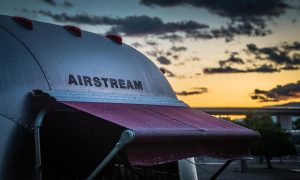 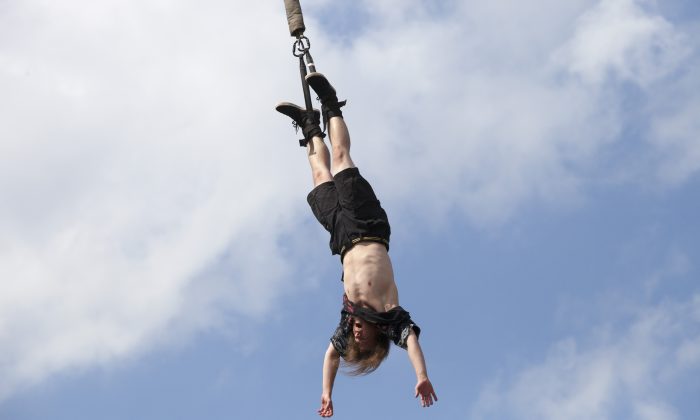 A young man could consider himself to be the luckiest man in Poland after surviving a free fall when his bungee cord snapped on July 21.

The 39-year-old thought it would be fun to do a bungee jump from a 300-foot high crane in the Council of Europe Park at Gdynia, 230 miles north of Warsaw.

The shocking video obtained by Worldwide Modern Technology shows the terrifying moment he made his descent from the crane platform.

Footage shows the bungee cord break or come loose after it becomes tight, sending the man into a large air cushion at 32.2 feet per second.

People who witnessed the accident can be heard gasping and chatting among themselves, wondering if the man is alright.

Bungeeclub staff and bystanders stayed with the injured man until an ambulance arrived nearly 9 minutes later. The club later confirmed on social media one of the bungee jumping instructors stayed with the man in hospital and confirmed he was in a stable condition.

“The health of the participant of the unfortunate jump is [in] no serious danger,” Bungeeclub said on Facebook. “After a medical examination at the emergency room he was considered good. Therefore, until 00:30 p.m. [local time], he was not admitted to the hospital ward.”

Trojmiasto reported the man hurt his spine while landing on the cushion and bounced off. His spinal cord was miraculously unaffected, allowing him to move and escape more serious injury.

However, the club maintains the man never broke any vertebrae in his spine.

“He did not break his spine,” Bungeeclub said. “We use professional skokochronu, so-called ‘pillows,’ and it was because of this and our foresightedness that there was no tragedy.”

The Sun reported the man was also diagnosed with multiple internal organ injuries.

The club has received a lot of criticism since the incident on social media and urged users to stop posting emotional comments to its Facebook page.

“Please refrain from writing false comments,” Bungeeclub said. “This is an action against the event participant and our company.”

Local police interviewed witnesses and staff at the club and the investigation is continuing, according to The Sun.