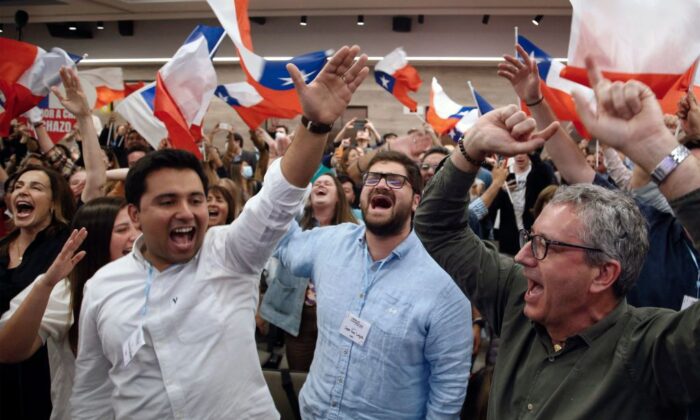 Chile’s Rejection of Leftist Constitution a Temporary Win for Freedom

On Sept. 4, 62 percent of Chilean voters rejected a referendum proposing a new socialist Constitution for their nation. Its failure was a sound rejection by the people of radical leftist policies based on identity politics, radical environmentalism and, more broadly speaking, the disregard of fundamental rights to life, liberty, and property.

In May 2021, a constitutional convention was held in Chile by 155 representatives from across this Latin American nation. Remarkably, a quota was arbitrarily imposed so that 50 percent of the elected members had to be women.

The convention was massively dominated by left-wing radicals, and many representatives who stood as “independents” turned out to be equally radical.

In July 2022, the convention finally presented the much anticipated draft Constitution to the people. Since conservative politicians were barely present, it is not surprising that the proposed 338-article document was embraced.

For example, no less than 50 of the 387 provisions concerned “protection of the environment.” The proposed charter granted constitutional rights to nature, making references to the “rights of nature” and “rights of Mother Earth.”

It also proposed an “ombudsman” tasked with monitoring and enforcing these rights. Citizens would be able to launch environmental lawsuits to protect nature’s constitutional rights, even before an environmental impact assessment had been completed.

The foundational document would have refashioned Chilean society and economy with its invasive provisions, justified on the foundation of massive measures to redistribute wealth—a move that would give proponents of the “Great Reset” a tremendous boost.

Some of its provisions would result in the elimination of entire businesses, the facilitation of authoritarian decision-making, the elimination of competition in the economy, the creation of unsustainable welfare policies, and polices that would severely impact children’s education with ideas like gender ideology.

The proposed Constitution also defined the country as “pluri-national, intercultural, and ecological.”

It promised to grant complete autonomy to Indigenous communities in their designated territories, including an end to public control of land deemed to belong to Indigenous people, and the establishment of a parallel court system to service this community. Such an idea would result in fragmentation of the entire nation.

On top of all this, the charter also proposed a swathe of gender equalizing “rights” including abortion on demand and a quota for at least half of all positions in Parliament and the public service allocated to women.

This is despite the fact that many men in Chile make up the poor and disadvantaged.

In fact, the greatest resistance to the socialist Constitution was from the poorest and most disadvantaged members of society.

From the 20 percent of people that comprise the lowest socio-economic class, 75.1 percent of them voted against the Constitution—a clear mandate that this referendum was about the will of the elites and not average citizens.

Chilean President Gabriel Boric was hoping the new Constitution could form the bedrock of his radical agenda. In December, Chileans elected the 36-year-old, former union student leader, who formed a ruling coalition including the Communist Party of Chile.

Yet, the failed referendum comes amid record inflation and a sharp decline in the Chilean economy, which is expected to enter a serious recession in the second half of the year.

The resounding defeat of the Constitution has profoundly displeased Boric who will likely embark on a mass “education campaign” to convince the public that enacting the “progressive” Constitution is a moral imperative, and another failed referendum is unacceptable.

The far-left president has vowed not just to continue working hard to radically transform the country but has pledged to do everything “to build a new constituent itinerary.”

In other words, the battle for freedom is far from over.

Apparently, Boric refuses to concede defeat and won’t rest until his ideological goals are ultimately achieved. This has made him deeply unpopular, giving hope to those advocating for individual freedom, civil liberties, and less government intervention.