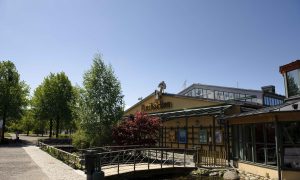 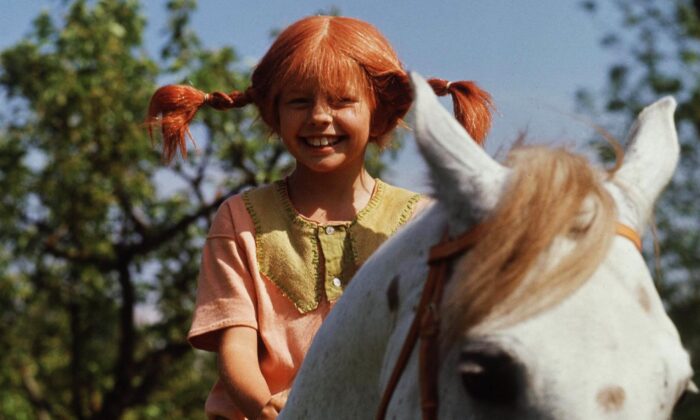 A still from the movie "Pippi Longstocking" with Inger Nilsson as Pippi on her horse, Little Gubben, in a file photo taken in May 1969. (Pressens Bild/AFP/Getty Images)
Film & TV

A movie based on Pippi Longstocking is in the works from the production companies behind the two hit “Paddington,” movies, Heyday Films and StudioCanal, the team announced this week.

The production companies are joining forces with the Astrid Lindgren Company to bring the much-loved redhead Pippi Longstocking, from the eponymous children’s book series, to the big screen.

The book series, penned by Swedish author Lindgren, has sold more than 65 million copies worldwide and has been translated into 77 languages since its first three books were published from 1945 to 1948.

“In David Heyman … together with StudioCanal we are confident that we have found a team that can understand and appreciate the full value of Pippi Longstocking and develop films that capture both the playfulness and the gravity in my grandmother’s works,” said Nils Nyman, CEO at Astrid Lindgren Film, in a statement.

Heyman’s Heyday Films production company was also behind the “Fantastic Beasts” movies and all eight “Harry Potter” films, and the team is also working on a reboot of Frances Hodgson Burnett classic “The Secret Garden.”

“Pippi has endured and inspired families everywhere through her life force, strength of character, and her irrepressible joie de vivre,” Heyman said in a statement. “Astrid Lindgren’s books have been translated around the globe for many years—a testament to her vision which we are determined to honor with a new film.”

The character is much-loved around the globe and is known for her wit, immense super-human strength, resilience, mismatched striped stockings, braided carrot-colored hair, and freckly face.

Nyman added in a statement the team is “very excited and pleased about this collaboration” as they prepare for Pippi Longstocking’s upcoming 75th anniversary in 2020.

“We greatly appreciate the confidence the family of Astrid Lindgren has shown in us, letting us be their partner in bringing the timeless, wonderful, and joyful creation of hers to the big screen,” they said in a statement, adding that they are looking forward to working with Heyman and Heyday Films.

“Pippi will play to the imaginations of adults and children alike and we are so delighted to bring her beautifully enduring stories to life,” Lupfer and Halpern said.

The upcoming film will be the first remake since the character last hit the big screen in 1988.

A release date has not yet been announced.