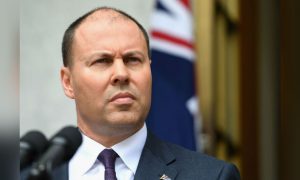 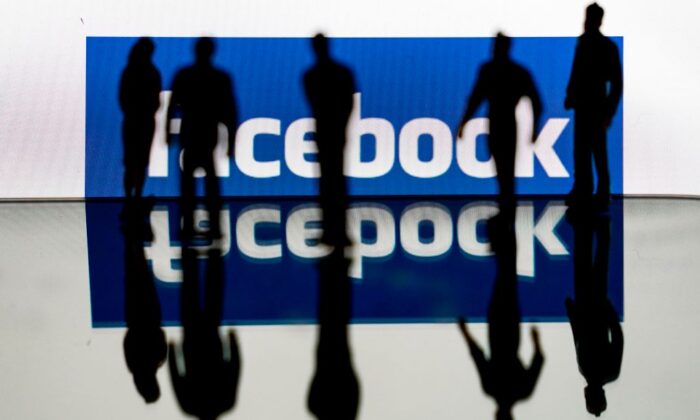 Children ‘Won’t Be Saved’ From Trafficking While Facebook Refuses to Cooperate: Peter Dutton

Australia’s Home Affairs Minister Peter Dutton has accused Facebook of providing a platform that allows for child sexual abuse to occur while also refusing to work with enforcement agencies as they work to combat child trafficking.

Every five minutes a webpage shows a child being sexually abused and the number of child abuse material files downloaded on the dark web has risen dramatically during the COVID-19 pandemic, Dutton told a Fairfax Media National Security Summit on Oct. 22.

“The human cost, of course, of such vile criminality is beyond anyone’s comprehension. It is also often difficult to bring perpetrators to justice,” Dutton said.

The dark web is a blind spot for law enforcement, and criminals adapt to new technologies faster than the laws can keep up. End-to-end encryption is one such technology that has made it easier for child traffickers—and terrorists—to commit crimes.

The ubiquitous use by some businesses of end-to-end encryption hinders efforts to tackle crimes, including child sexual abuse.

“We know, particularly in Facebook’s case, they are taking deliberate decisions with end-to-end encryption to starve referrals of matters that otherwise, in previous years, would have been made to law enforcement,” Dutton said.

“Children have been saved because of those referrals in the past, and they won’t be saved in the future because of the actions of Mark Zuckerberg, Facebook, and others,” Dutton said.

He singled out Facebook while speaking at the official opening of the Australian Centre to Counter Child Exploitation (ACCCE) in Brisbane on Oct. 23. The new national crime-fighting centre draws government, Commonwealth agencies, law enforcement, and non-government organisations together to combat the expanding issue of child exploitation.

Dutton said that Australia was developing legislative reforms to strengthen its agencies existing capabilities and ensure they have the powers needed to identify and disrupt threats to the safety of Australians.

“This month, the Government joined our Five Country partners, along with the Governments of India and Japan, in signing the International Statement on End-to-End Encryption and Public Safety,” Dutton said.

He called on global tech companies to start designing its systems so they are safe and can provide law enforcement with lawful access to encrypted communications.

He also asked that they consult with governments and other stakeholders to facilitate legal access that is substantive and genuinely influences design decisions.

“Facebook would not allow in their workplace the abuse of women or children and yet they provide a platform that enables perpetrators to carry out that very activity,” Dutton said.

A Facebook company spokesperson told The Epoch Times on Oct. 26 that the company has zero-tolerance for any behaviour that exploits children.

“Across all our platforms, we use sophisticated technology to proactively find and remove this content—99.3 percent of which is identified before someone reports it, often at the point it’s uploaded,” the spokesperson explained, noting that they report all instances of abuse to the United States National Centre for Missing and Exploited Children.

Addressing Dutton’s concerns over end-to-end encryption, the spokesperson also said that the encryption technology is the best available to protect people’s data from scammers, hackers, and foreign interference.

“It’s impossible to create a backdoor where only the ‘good guys’ could gain access—bad actors will try to access it too. Facebook has led the industry in developing new ways to prevent, detect, and respond to abuse while maintaining high security, and we will continue to do so,” they said.

In June, Facebook announced that it was creating a coalition with Google, Microsoft, and 15 other tech companies to initiate “Project Protect.” Focusing on bringing together the brightest minds from across the tech industry to tackle child exploitation and abuse, Facebook COO Sheryl Sandberg said at the launch that the company hopes the initiative will lead to real changes that keep children safe.

Facebook CEO Mark Zuckerberg noted previously in 2019 that his company does attempt to address child exploitation on the social media platform. Appearing at a hearing for the U.S. House Financial Services Committee, Zuckerberg said: “Child exploitation is one of the most serious threats that we focus on.”

Dutton also explained that the ACCCE will provide Australia with greater innovation and collaboration to combat child exploitation on the internet.

“The opening of this new facility ensures our specialists have the tools and capabilities needed to protect children in Australia and overseas,” Dutton said.