We Loved Every Piece of It
0 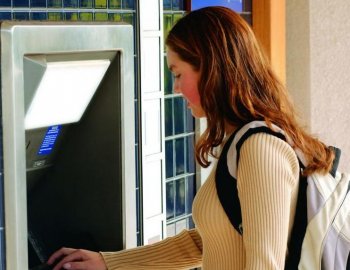 A new survey has found that 84 percent of Canadians believe young people are ill-equipped to manage money. (Photos.com)
US

By Trevor Maimann
Print
With household debt at an all-time high, a significant majority of Canadians believe that their children need to be better educated in financial management, a new survey has found.

Conducted on behalf of the Canadian Institute of Chartered Accountants (CICA), the survey of 1,011 adults found that 84 percent believe young people are ill-equipped to manage money.

Almost the same amount (85 percent) believes financial skills should be taught in school to deal with the issue, while 96 percent felt that acquiring financial knowledge at an early age increases the likelihood of financial success.

Nicolas Cheung, Principal of the CICA, says the research was conducted to take the pulse of financial literacy and financial habits in Canada.

He points to a positive indication from the survey—the fact that 78 percent of parents have attempted to teach their children money management. However, two-thirds feel they have not done an effective job, which is why so many believe that financial education should be included in the school curriculum.

“While the overwhelming majority believe that money management should be taught in schools, they also felt that the financial services industry and governments also bear responsibility for helping to ensure that children and teenagers learn basic financial decision making skills,” Cheung says.

Easy access to money in an increasingly consumer-oriented society make responsible financial habits difficult to instill, especially for youth who have never been faced with having to save or spend prudently.

“One reason that today’s youth may require additional assistance is that now we live in an electronic age.” Cheung adds. “Many of today’s transactions are handled through electronic means such as debit or credit cards. Our youth often have fewer opportunities to handle and deal with actual cash.”

As well as a pressing need for financial literacy, with household debt at unprecedented levels the survey findings also indicate a need for Canadians of all age groups to be better informed.

Thirty-four percent of Canadians carried over a monthly balance on their credit cards, while 12 percent borrowed money to cover living expenses, according to CICA.

Among those of age 55 and over, 40 percent reported not having saved enough for retirement, and 32 percent of those planning retirement in the next five years believe they have not saved enough.

Currently CICA is working on a series of initiatives that include online and offline education-oriented projects for the public, including community outreach by individual chartered accountants to teach financial literacy from childhood to retirement.

The federal government is currently commissioning a task force to coordinate the efforts of the financial sector, the government, and educators to inform Canadians on personal finances.

“A national effort involving the financial sector, educators, and the government is going to be required so we welcome the government’s Task Force on Financial Literacy,” says Cheung.

“We will be aligning our initiatives with the national effort to ensure they play an effective role improving the financial literacy of Canadians.”