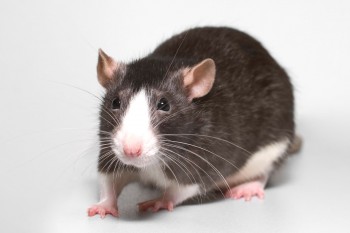 INHERITED ENVIRONMENTAL EFFECT: Research finds that the stress experienced by female rats in their early lives could have an effect on their offspring. (AlexK100/Wikimedia Commons)
Science

Forty female rats were placed in four different groups after weaning. One group of offspring was raised normally as a control group, another group was exposed to stressors, the third group was enriched, and the fourth group experienced both stress and enrichment.

The offspring were placed in two groups to examine the “therapeutic” effects of enrichment: one group was raised normally; the other group was enriched.

The offspring were measured in relation to social interaction anxiety levels, ability to learn, and capacity to cope with fear.

Enriched offspring were able to offset the negative effects inherited from their mothers.

“As our study shows that the inheritance of the effects of adversity can be modified by timely intervention, this may have important educational and therapeutic implications,” said Dr. Micah Leshem of Israel’s University of Haifa in a press release.

The study used rats as they arguably resemble humans, and they have rapid development and reproduction rates, which assists in cross-generational studies.

“The similarities between rats and humans raise the question of whether similar effects might transpire in humans; for example, exposure to war or natural disasters might have heritable effects,” Leshem explains.

“It is important to investigate whether stressful experiences at a young age affect the next generation, and whether therapeutic experiences can minimize the trans-generational effects in humans too.”