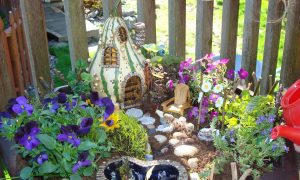 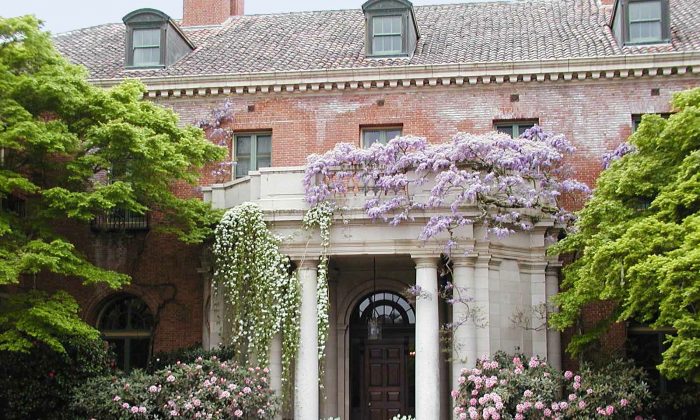 This Mother’s Day weekend, Filoli, the historic site in Woodside, California, is a glamorous place to celebrate the fair lady in your life.

The picturesque and stunningly grand Filoli estate, designed by Willis Polk in 1915 for William Bowers Bourn, has served as the magical background setting for more than 20 films and television shows, including “The Joy Luck Club,” “The Game,” “The Wedding Planner,” and “Heaven Can Wait.” It served as the palatial home to the oil-wealthy fictional Carrington family’s juicy saga on “Dynasty,” the iconic nighttime blockbuster serial soap opera.

For those who missed the series, a visit to the Carrington’s estate circa 1981 via the DVD box set would give an opportunity to glimpse Linda Evans, John Forsythe, and Joan Collins, the lead stars on this eight-year mega hit run on ABC.

Filoli’s multimillion-dollar mansion’s famous front courtyard, the grand staircase, and portico were in the opening sequence for each “Dynasty” show segment.

Filoli is recognized as one of the finest remaining country estates of the early 20th century. Located 30 miles south of San Francisco, the 654-acre property includes a 36,000 square-foot residence furnished with an extensive collection of 17th and 18th century English antiques and 16 acres of English Renaissance gardens that showcase an exquisite horticultural collection.

Established as a private residence in 1917 and opened to the public in 1976 to promote cultural and horticultural endeavors, Filoli is a historic site of the National Trust for Historic Preservation.

On this year’s Mother’s Day, you too can be on the imaginary set of the rich and famous and partake in the festivities that coincide with Filoli’s 25th Anniversary celebration of the Filoli Flower Show Fundraiser, which has become a premiere floral event in the Bay Area.

In addition to the many professional, amateur, and children exhibitors highlighting their talents and creativity throughout the Historic House and Garden, there will also be nurseries, garden clubs, and horticulturalists from all over California who will participate in the Flower Show’s activities.

Mother’s Day Teas, Champagne Brunches, boxed lunches, flower arranging demonstrations, and musical performances also mark this event. The Garden will be at its peak bloom where visitors can discover many new surprises throughout the estate and pretend they have a walk-on role in another thrilling film.

The historic Greenhouses will also be open to visitors during the show, where they can view plants that have been in the Filoli collection since 1920. In the courtyard of the Greenhouses, there will also be educational exhibitors and Garden Information Docents on hand to answer questions about Filoli, as well as about your own garden.

Although the glam gowns famous for the wide shoulder pads worn on “Dynasty” were designed by its wardrobe wizard, Nolan Miller, this year’s Mother’s Day festivities and the Flower Show at Filoli may start a new trend in afternoon fashion couture.