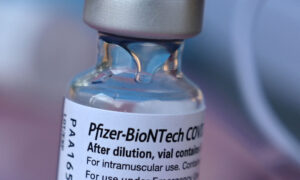 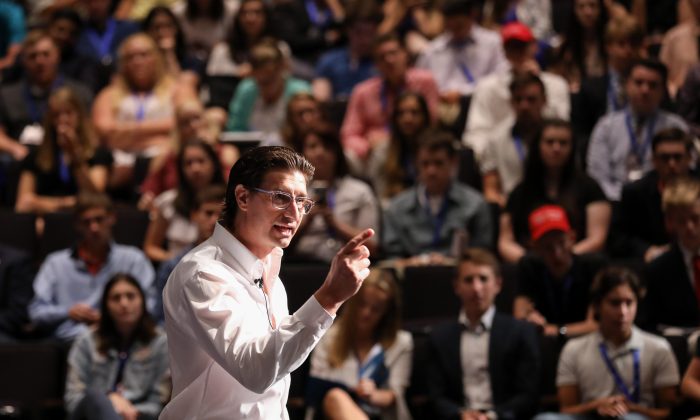 WASHINGTON—The fight against child sex trafficking is a top issue for today’s conservative movement. So much so, that one of the headline speakers at a high school leadership conference was Jaco Booyens, a director and producer whose sister was trafficked as a child.

“I was the guy looking for his sister. I was the guy who saw when she came home and she tried to commit suicide. I’m the guy who had to deal with it—me and my brother and my mom,” Booyens said at the High School Leadership Summit, a Turning Point USA event, at George Washington University on July 26.

Booyens said “moral fluidity” and the lack of truth is a huge problem in society today.

“Now we have things such as, ‘Hey there’s some people that love to have sex with children, deal with it,’” he said.

“Listen, guys, if we want our culture to be a culture that’s going to make America great again, we have to protect and invest in women,” he said. “I speak from first-hand experience—our women are under attack.”

“Pornography feeds the sexual exploitation of children,” he said. “The youngest child that we’ve rescued from sexual enslavery—that child had sex 20 times that day. She was 2 years old.”

The National Center on Sexual Exploitation has collected evidence from numerous studies that prove that pornography and our hypersexualized culture are driving the insatiable desire for sex and the purchase of sex, including that of children.

Booyens said the fight has to be taken to the demand side of the $3 billion industry.

“You’ve got to go after the guy that pays for child pornography,” he said. He suggested to the audience members that they go to their conservative lawmakers and say, “How about we start going after the buyer. You buy sex with a teenager, you’ve got to go away for life.”

He said the Obama administration failed to help fight against child trafficking, but President Donald Trump has stepped up.

Trump issued an executive order on Feb. 9, 2017, that directs the government to “identify, interdict, disrupt, and dismantle the transnational criminal organizations that engage in human trafficking.”

The Department of Justice announced on June 12 that it had arrested more than 2,300 suspected online child sex offenders in a sweeping nationwide operation, called Operation Broken Heart.

“My administration will focus on ending the absolutely horrific practice of human trafficking. And I am prepared to bring the full force and weight of our government, whatever we can do, in order to solve this horrific problem,” Trump said on March 13.