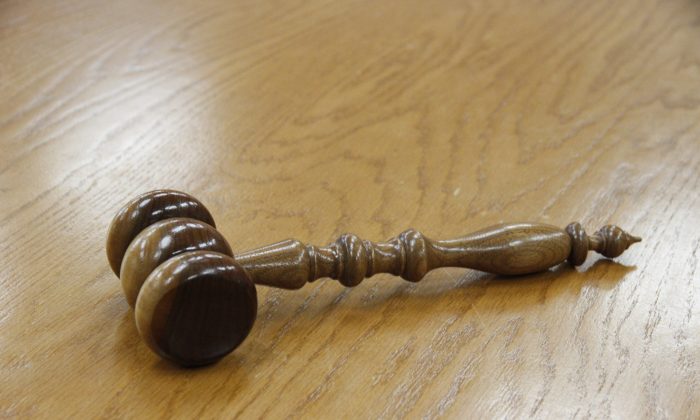 A sex offender had his conviction overturned because of a punishment he received during the trial.

A Texas trial judge ordered Terry Lee Morris to be electrocuted three separate times for refusing to answer questions. The stun belt attached to Morris’s leg sent 50,000 volts through him on each shock.

After the experience, Morris said he was too scared to return to court and missed the remainder of his trial.

The appeals court found that the judge was not allowed to use the stun belt as punishment and ordered that Morris be given a retrial.

The belts are used in some U.S. courts, such as the one in Terrant County, Texas, as a security measure. They are attached to the waist or ankle of a suspect in court, and used to deliver a shock if the person becomes violent or attempts to escape.

Judge ordered stun belt to be used on #pedophile in court, resulting in overturned… https://t.co/aH7i9fXm0b

In 2014, Morris was tried and convicted for soliciting sex from a 15-year-old girl. At the start of the trial, Judge George Gallagher asked Morris whether he pleaded guilty or not guilty. Morris responded by saying he had a lawsuit pending against the judge and his defense attorney, and that he wanted both of them to recuse themselves from this case.

Gallagher warned Morris not to make any more “outbursts.” When Morris continued to object, Gallagher ordered for Morris to be shocked.

This happened two more times after Morris persisted with his objections in spite of Gallagher’s warnings to “behave” and “follow the rules.” In response, Morris told the judge that he had a history of mental illness and complained that he was being “tortured.”

Gallagher then removed Morris from the courtroom after Morris continued to refuse to answer the judge’s questions. Morris did not return to the courtroom for the rest of his trial, afraid of what might happen, the higher court heard.

The appeals court ruled on Feb. 28 that Morris’s shocks, which caused him to be afraid to return to the courtroom, violated his constitutional right to be present at every stage of the trial.

In Justice Yvonne Rodriguez of the El Paso Appeals Court’s opinion, she said that a stun belt was not to be used to enforce courtroom etiquette, such as to punish a defendant who was not answering questions.

“While the trial court’s frustration with an obstreperous defendant is understandable, the judge’s disproportionate response is not.

“We do not believe that trial judges can use stun belts to enforce decorum. A stun belt is a device meant to ensure physical safety; it is not an operant conditioning collar meant to punish a defendant until he obeys a judge’s whim,” wrote Rodriguez.

Texas court of appeals has ordered a new trial for a convicted sex offender after a Fort Worth judge instructed his bailiff to administer an electric shock to the defendant 3 separate times w/ a stun belt for failing to follow courtroom decorum https://t.co/VdZOBz6kWF

Morris’s attorney, Bill Ray, however, said he did not believe Morris was actually shocked, reported the Texas Lawyer.

Ray added that Morris was behaving like a “loaded cannon ready to go off.”

“That guy [was] out of control. I was standing right next to him and I was scared of him. And I’ve stood next to some pretty nasty people,” he said.

Later in the trial, Gallagher clarified that he ordered the shocks because of Morris’s agitation and movements. He commented that Morris was within reach of a 200-pound smart board monitor, which he could have grabbed and used to injure the lawyers sitting near him.

“It was based on the totality of his continuing escalation and his movements that the Court ordered that the shock belt be initiated. It was done for the safety of the lawyers and all of the participants,” Gallagher said.

However, the appeals judge did not accept this belated explanation. She said that the exchanges between Gallagher and Morris at the time of the shocks did not reveal any indication that Gallagher thought Morris was a threat.

“There is no evidence in the record that the trial court contemporaneously perceived Morris to be a threat for that reason,” she wrote.

Rodriguez’s opinion referred to a police officer’s description of being shocked with a stun belt, reported by the Washington Post. He said it felt like this: “If you had nine-inch nails and you tried to rip my sides out and then you put a heat lamp on me.”

The appeals judge emphasized that shocks should only be used for legitimate security concerns.

“Never before have we seen any behavior like this, nor do we hope to ever see such behavior again,” said Rodriguez.

“We must speak out against it, lest we allow practices like these to affront the very dignity of the proceedings we seek to protect and lead our courts to drift from justice into barbarism.”